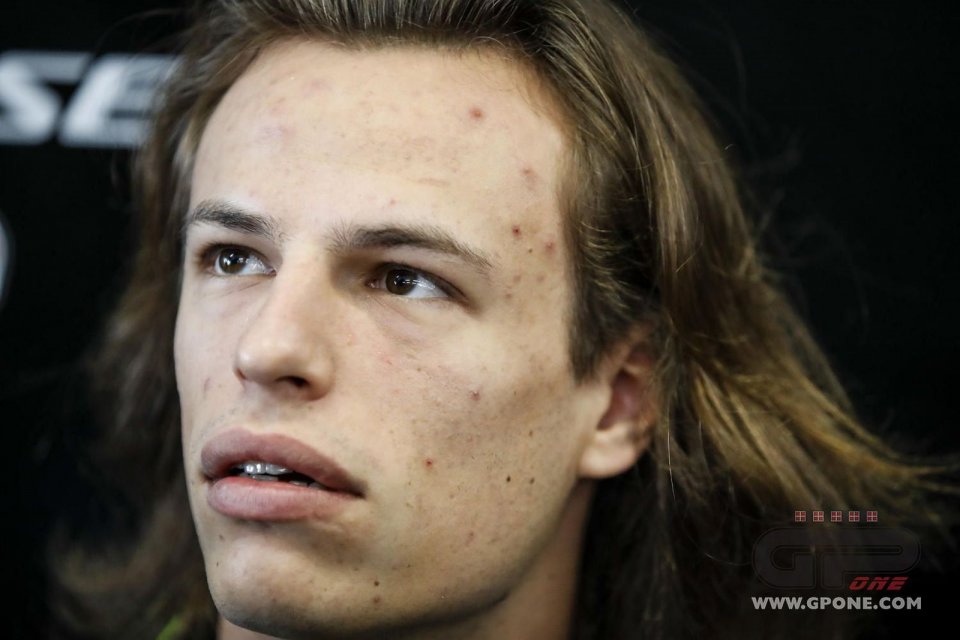 In addition to its commitment to Superbike, Aruba.it Racing is pleased to announce its future participation in the 2022 SuperSport World Championship with the Ducati Panigale V2 955, which will be put in the hands of Nicolò Bulega. This is a brand-new project resulting from the change of rules of the championship and is an attempt to relaunch his own personal career.

Born in Montecchio Emilia on October 16th 1999, Nicolò Bulega began racing in the Italian minimoto championship in 2007. In 2011 he was Italian and European MiniGP Junior 50 Champion. In 2012 he became Italian PreGP 125 champion, while in 2013 he won the PreGP 250 category championship. In 2014 he took part in the Spanish CEV championship, Moto3 category, finishing the season in sixth place and some CIV Moto3 races. In 2015, again in the Spanish championship, he obtained three thirds, as many second places and one victory, becoming champion in the last race in Valencia.