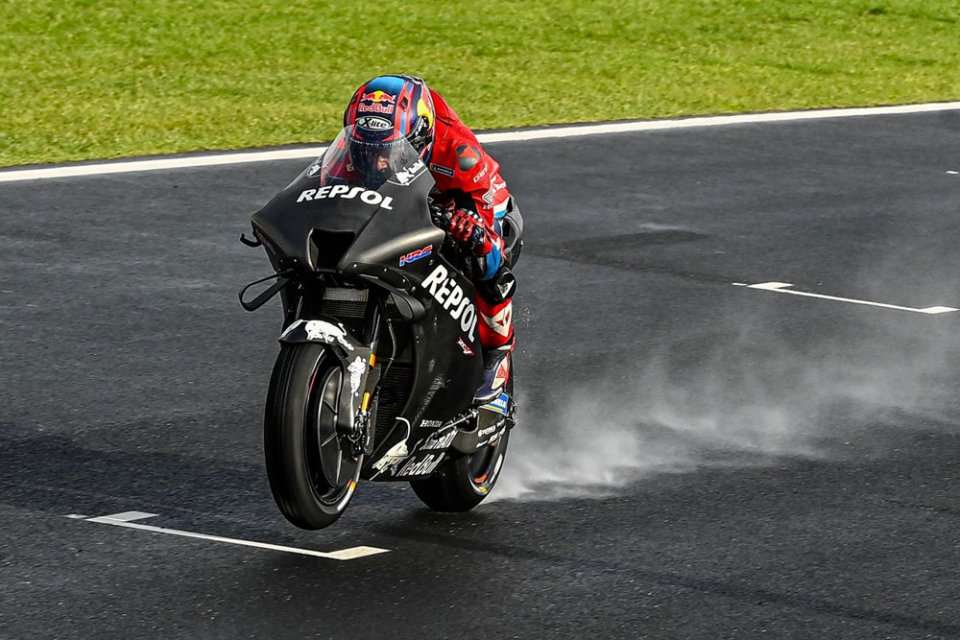 It is no mystery that Honda is working hard in view of 2022. "Next year we will have to have a bike that allows all the riders to fight to stay in the top 10", is Marquez’s stated goal. Work has already begun and in the last few races Marc had tried a large number of evolutions for the chassis.

In the Misano tests, however, we can see what can be defined as the prototype of the RC213V 2022, a laboratory bike on which to try out new solutions. Taking it to the track, despite the wet surface, was Stefan Bradl, who came out of the pits as soon as the green light went on this morning at the end of the pit lane.

In the photo you see above (published by motogp.com) the new aerodynamics immediately catches the eye, with a more tapered and streamlined windshield that sports an air intake that develops vertically and not horizontally like the current one. This is a solution that had already been tried this year on previous occasions.

The winglets have also changed shape and now look almost like a bow, with a downward trend. They almost seem like a cross between those used by Yamaha and Honda at the moment and the 'bow tie' ones already used in the past.

For sure the new Honda hides many other secrets, which we will try to discover in these days.