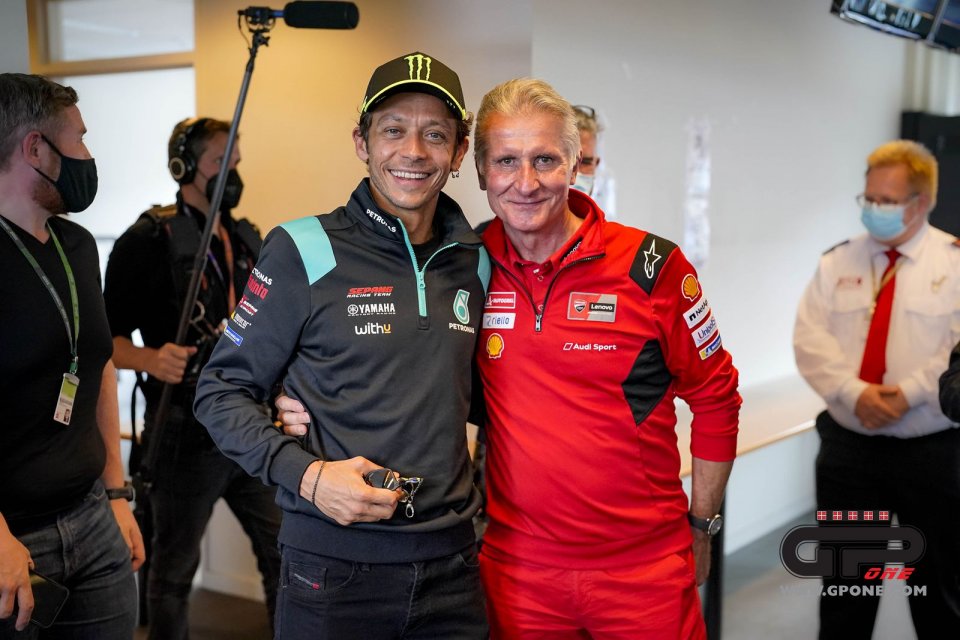 After Pecco Bagnaia's victory in Aragon, expectations were high for an encore in Misano and the second victory of the young rider from Chivasso promptly arrived.

His second consecutive win allowed him to make up just five points on his rival Fabio Quartararo, but Paolo Ciabatti, in addition to dreaming of the world title that Ducati has been trying for since 2007, is also dreaming about a future of Italian motorcycling in red.

“We are a small manufacturer, but we invest heavily in technology. We are currently leading the constructors' championship with 13 points ahead of Yamaha, and very close also in that of the teams: just three points - said the sporting director of the Borgo Panigale team - Last Sunday the grandstands were yellow, with the fans excited to greet Valentino Rossi's penultimate race in Italy. Now let's hope that next year those stands will turn red: Pecco Bagnaia is a rider of the VR46 Academy, and he rides a Ducati. We hope that in the future Ducati and Bagnaia will be in MotoGP what Ferrari is in F1”.

Next year there will be eight Ducatis on the starting grid, and almost all of them will have young riders on them. Is there the new Rossi among them?

“We have a lot of rookies who are strong: Martin, Bastianini, who also got on the podium riding a bike that is two years old. Then there is Bagnaia, who however is not the new Rossi, because Valentino has been a champion for more than twenty years. The popularity of the sport has also grown thanks to him, in terms of image I think there is only one Valentino and there will never be another. He is a character like Michael Jordan. There are many champions in basketball, but there is only one Jordan. "

Bastianini: “I raced to the death, the mistake at turn 4 cost me the victory”