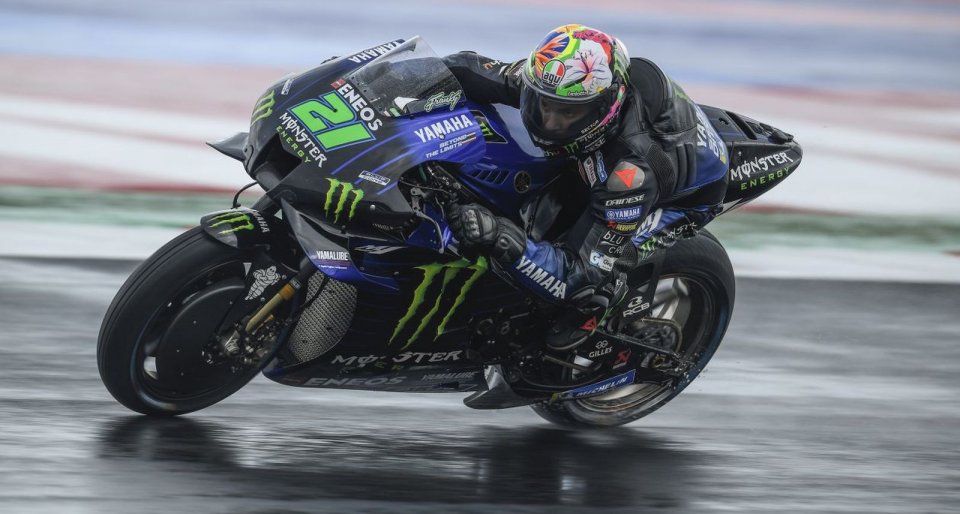 About three months after the GP Sunday at the Sachsenring, Franco Morbidelli finally returned to the MotoGP master class. It seems like a lifetime has passed since then and, in some way, the inaugural free-practice Friday at the Misano World Circuit Marco Simoncelli represented a sort of first day at school for the rider from Rome. Precisely because the sound of the bell coincides with savoring those sensations that he had missed so much and, at the same time, becoming familiar with a new team: the official Yamaha, different from the Petronas SRT Team, with which he had competed in the past two years, not only in terms of organization but also regarding the M1.

“Getting back on the bike after such a long time isn’t easy. The MotoGP looks like a spaceship,” he said jokingly. “I tried to get to grips with it as quickly as possible,” he said. “I’d really like to talk about the differences between the two models. Unfortunately, the truth is that I was unable to fully understand the real potential of the 2021 version, since the weather messed up our plans. Even though I took advantage of the round when it was wet, in order to cover more kilometers, I didn’t race consistently in ideal conditions today, so I can’t add much.”

Hoping that Iuppiter Pluvius doesn’t intervene again, the 2017 Moto2 Champion said he was happy about his return (16th in today’s combined, nine-tenths from the top). Although he’s still not in peak physical shape after surgery on his right knee, his progress compared to the weeks prior to the event are evident. Without a shadow of a doubt, this is a process that will take some time, but the 26-year-old is confident.

“I’ll always remember this day. It’s wonderful to get the chance to make my debut with these colors, especially in the Misano Grand Prix. Physically, I feel good. I can put my leg on the platform. Just think that, up until fifteen days ago, I wasn’t able to. In the afternoon, the sensations were much better than in the morning. Obviously, the strain is less under the rain, but I’m satisfied that I was able to ride the bike. We’ll see what happens tomorrow. I can’t wait to continue the work program,” he concluded.