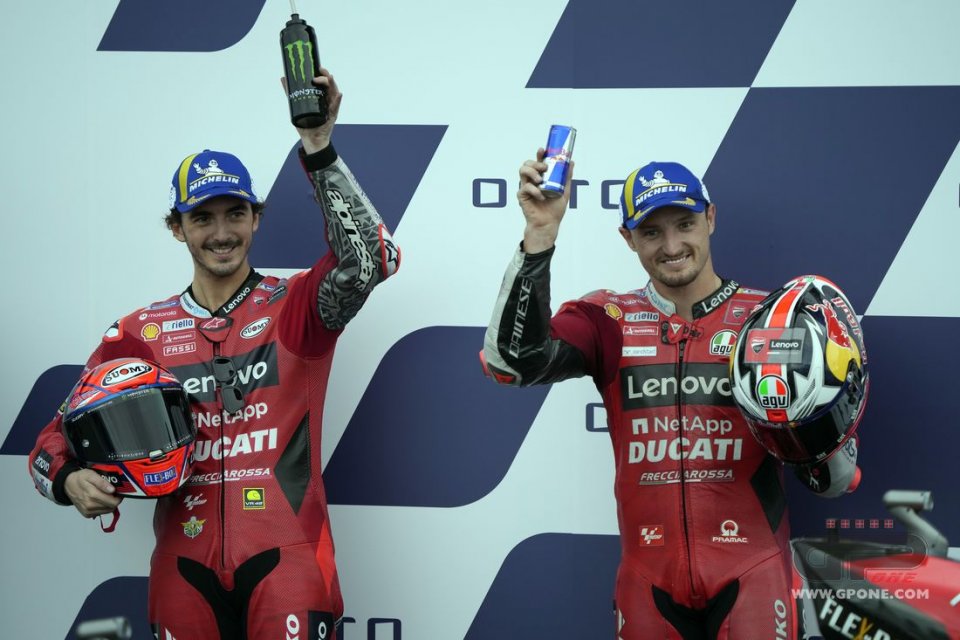 “I'm practically surrounded”. Quartararo is right, tomorrow looking at the grid his bike will be a blue dot in the midst of a sea of red. Bagnaia and Miller will be ahead of the Frenchman, Martin and Zarco behind. The front row is identical to that of Aragon, but Jack hopes the race will end in a different way, after last Sunday's technical problems.

"I'm sure it was a problem with that race, I don't think it will happen again," assured the Australian.

As in Spain, Miller also feels ready to have a good race at Misano.

"I am quite confident, whether it will rain or be dry," he said. "The only question is about the rear tire, having had less time to test in the wet in FP2. The soft is fine, but some riders have been fast with the medium ”.

Now Ducati’s striker is Bagnaia and the Australian does not rule out being willing to help him for the championship if the opportunity arises.

“For sure Pecco I think on paper and from history is probably the strongest one of the grid - he explained - I mean, it’s always a 'Jack race' in my mind, but we will see how the race unfolds. So, if he wants to check out I’m quite happy to sit in his wake and play blocker as much as I can. But I think talking about that kind of thing now is pointless. I think we need to wait till the lights go out tomorrow and when that happens understand where you are, understand the race, how you’re feeling, how the bike’s reacting and go from there.”

The relationship between the two teammates is excellent and Jack has carefully studied Pecco's data.

“I had already done it last year. He can use his body like a sail, while I have an older school style of riding and it doesn't work well on this track,” he concluded.

Miller: “The tyres are something we will not comment on at this point, I'm...