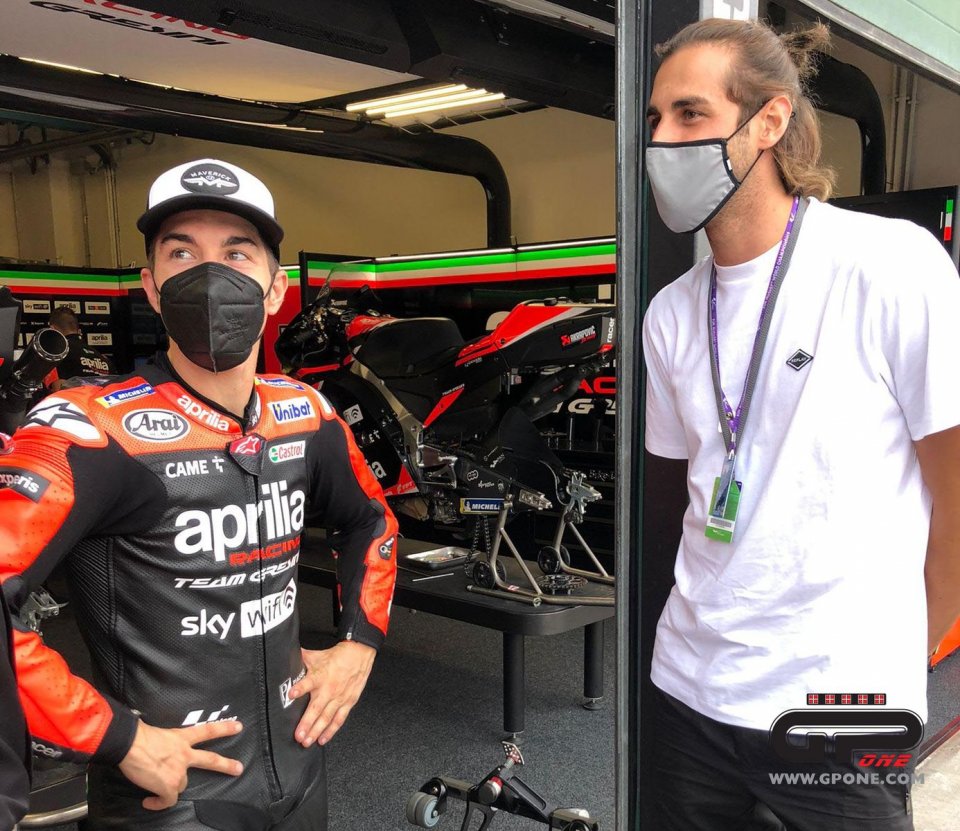 Waiting for tomorrow's event, sold-out since a few days, great public turnout on Saturday of the OCTO Grand Prix of San Marino and Rimini's Riviera. Attendances are growing, with parking lots crowded again and returning a dimension of normality despite the limitations still imposed by the pandemic.

Among the visitors was also the Olympic gold medalist in the high jump and fresh Diamond League winner Gian Marco Tamberi, guest in the Aprilia paddock. The Olympic champion, on stage for the prize-giving ceremony of race 1 of the Moto E won by Jordi Torres, is not the only sporting star seen over the weekend at the Misano World Circuit. Yesterday it was the turn of the coach of the European champion women's national volleyball team, Davide Mazzanti, who is at home in Misano Adriatico.

"I'm a motoring enthusiast, and also a motorcyclist - said 'Gimbo' - but I haven't ridden for years to avoid risks. As soon as it will be possible I'll go back to it".