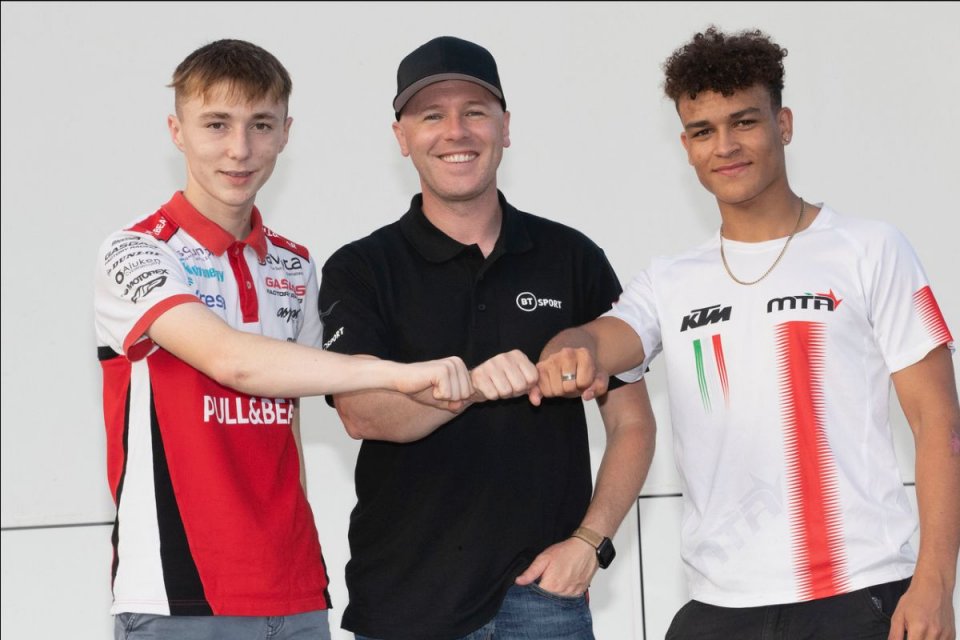 Great Britain’s Scott Ogden has confirmed he will step up to the Moto3 World Championship in 2022 with new team VisionTrack Honda being run by former MotoGP and British Superbike racer Michael Laverty.

With Moto3 appearing at every MotoGP event, it means Scott will be competing in front of the biggest motorcycle racing crowds and TV audiences in the world.

Scott, aged 17 from Belton, North Lincolnshire, commented: “I’m delighted to be moving up to the Moto3 grid. It’s the next big step and racing at each MotoGP event doesn’t get much better for a rider at this stage of their career. Michael Laverty knows what it takes to compete at the highest levels of the sport and I am excited about working with him and the team he is putting together. It gives me an excellent start in Moto3  and I want to help them achieve strong results.”

Scott has enjoyed a successful season of racing on the continent in 2021 – the highlight to date a breakthrough first win in the FIM CEV Repsol Moto3 Junior World Championship at Jerez, Spain.

“I first met Scott during an evening practice session on Minibikes in 2017 and was immediately impressed by his abilities. I’ve kept an eye on him since - said Michael Laverty - Recently I was saying how I felt he could be the next British talent to step up to World Championship level – and the week after he won at Jerez!  He’s a very nice young guy who I believe has the ingredients to go all the way”.

Scott is this weekend competing again in FIM CEV Repsol which is on the support bill to MotoGP at the Misano circuit on Italy’s Adriatic Coast.

Scott continued: “There are a lot of people I need to thank in British motorcycle racing and, more recently, on the international scene for helping me in my career and in being able to announce this news. Right now, I have the remainder of the CEV Repsol season to concentrate on with the Aspar team who I must also thank – they are a great bunch of people, I’ve really enjoyed racing with them and it’s their support that enabled me to experience THAT win at Jerez. Without doubt, CEV Respol and Red Bull Rookies which I’ve also raced in this year are a real credit to the commitment that MotoGP™ rights holder Dorna puts in to supporting young riders”.