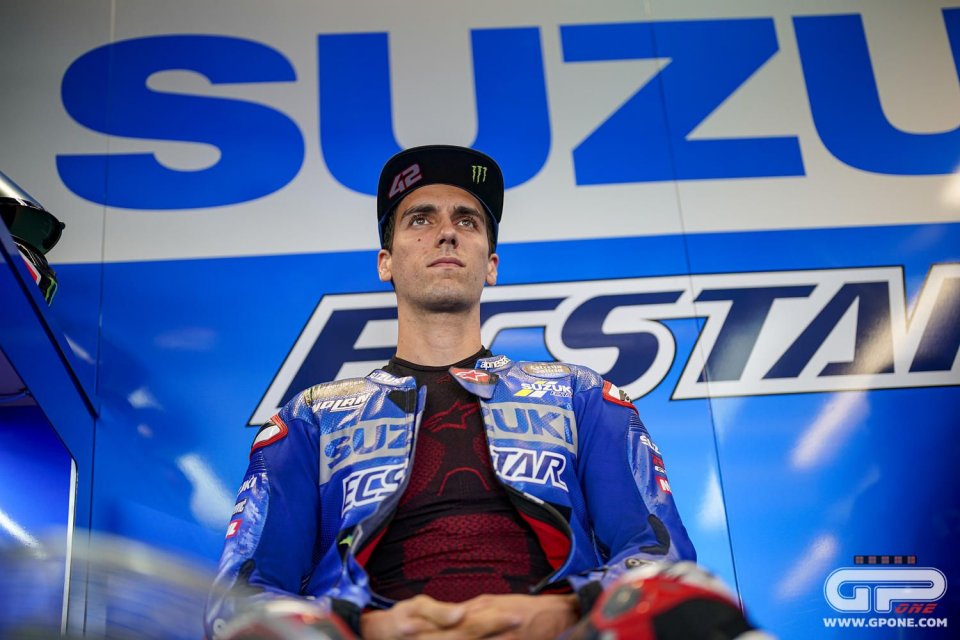 On the eve of the San Marino and Rimini Riviera Grand Prix, Alex Rins is ready to hit the track a few days after his performance at Aragon, where he only finished 12th. It’s really easy to go outside of the green limits of the track at Misano and incur penalties that could ruin an entire race. But Rins doesn’t seem worried and is convinced he’ll just have to keep away from them.

“I’m really very happy to be able to get back on the bike without having to wait too long since the last race,” Alex began “This will definitely be a very special GP for me. The layout is really nice. There were two races last year, but this year only one. I’ll give it my all, as always, to try to be at the top.”

There are often discussions about penalties for those who go outside the track limits. What do you think about this?
“It’s really easy to go outside the track limits on this track. If the green areas were still as they used to be, and if there was still grass, surely no one would touch them. Of course, going out for more than four or five times becomes too much. In the MotoGP, we already talked about it to reduce this problem.”

Have you spoken about the Austin situation yet?
"Regarding the Covid situation, I heard someone saying last week that they were worried about going there. We asked Carmelo Ezpeleta during the Safety Commission, and he told us we’re going to Austin. I don’t know what the situation is. We’ll do what the Dorna staff will decide. They’re intelligent. If it’s not safe to go, I think we won’t go. If we have to go, I’ll have a special helmet.”

During this weekend, we’ve seen both Pirro and Bradl, while Guintoli is in France. There will be tests on Tuesday. Is it a problem that he’s not here?
“He won’t be here for the tests. I haven’t talked to Suzuki about it. Something needs to be done. The other constructors are working hard. They do a lot of tests and we’re not doing them. We need to continue to improve. It’s time to ask why Guintoli isn’t here.”

Do you think that, here, in Misano, you’ll use the rear device on your Suzuki?
“We won’t use it for this Grand Prix. Every time Suzuki has brought us something new, we’ve made the comparison. I went out on track and did ten laps with the new piece, ten laps with the standard one, and we always decided with the team whether to use it. With the rear device, it wasn’t possible to follow this procedure because it arrived in Austria. In that case, the sensations on the bike weren’t the best. At Silverstone, we removed it, and I used it from day one in Aragon. The truth is, it cost me a lot. It was difficult to ride the bike, so I won’t be using it again. I’ll try it again on Tuesday and Wednesday in the tests here at Misano, to figure if there’s a real difference or not.”