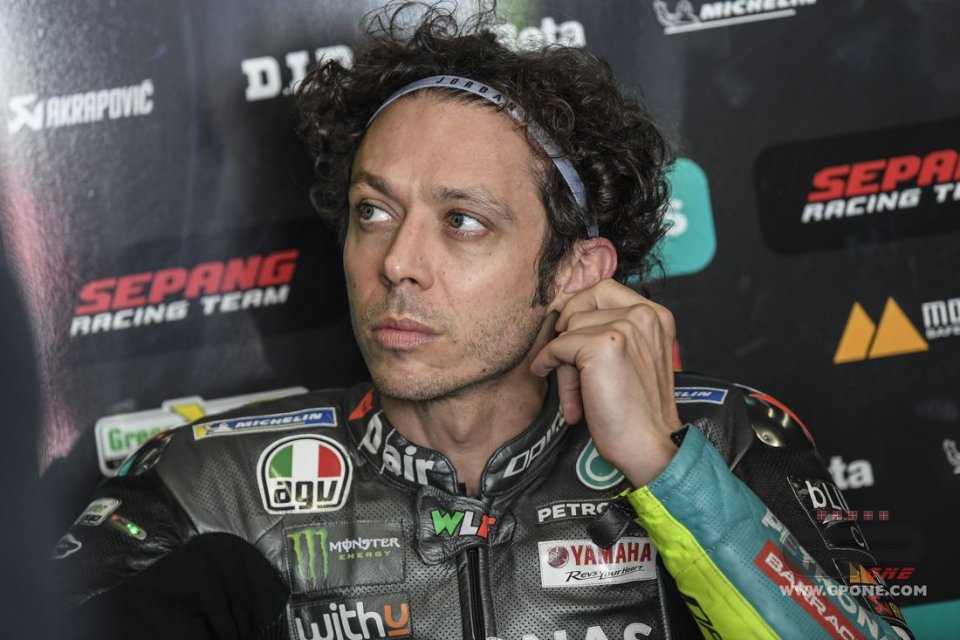 Misano has always been a special race for Valentino Rossi, and not just because Marco Simoncelli is his home circuit. In fact, he “risked” getting the last podium (for now) of his career on this track last year, ending behind Morbidelli, Bagnaia, and Mir.

“Yes, I lost the last podium here,” Rossi confirms. “Right at the last lap. Misano has always been a special race and a special weekend for me. And not just because I live nearby and grew up on this track. In fact, in 1992, I tested the first real bike here. And the first time you ride a motorcycle on the track, it’s unforgettable for every enthusiast. Then, here I have the memory of the victory in 2014. I’ll try to give it my all, as always, in front of the fans, finally. But no, the fact that it’ll be my second to last race here doesn’t arouse any particular emotion in me. The fact that I decided to retire doesn’t change much. It was time.”

Instead, Vale felt an emotion last week when one of his pupils, Bagnaia, won his first MotoGP Grand Prix.

“I reviewed Pecco’s race on my own. We had decided to see it  again together, but we weren’t able to. He rode amazingly. We’re proud, because Bagnaia and Morbidelli will both be on official teams next year and they'll fight for the title. And, at that point, I’ll watch them from my sofa!”

But before then, Vale will have an unexpected guest at his side in the garage: Andrea Dovizioso.

“I’m happy about that. We have a good relationship. Since 2008, we’ve had many great battles together, and his name is important for the world championship. I’m also curious to know his impressions on the Yamaha.”

And many would like to know what Rossi thinks about the controversy that hovers among the riders regarding the Michelin tires, often accused of poor quality control leading to performance differences among tires of the same specifications. But Vale (who recently signed a contract with Pirelli for his VR46) doesn’t get into the controversy, limiting himself to an anodyne: “There should be more consistency, with less difference between one tire and another.”