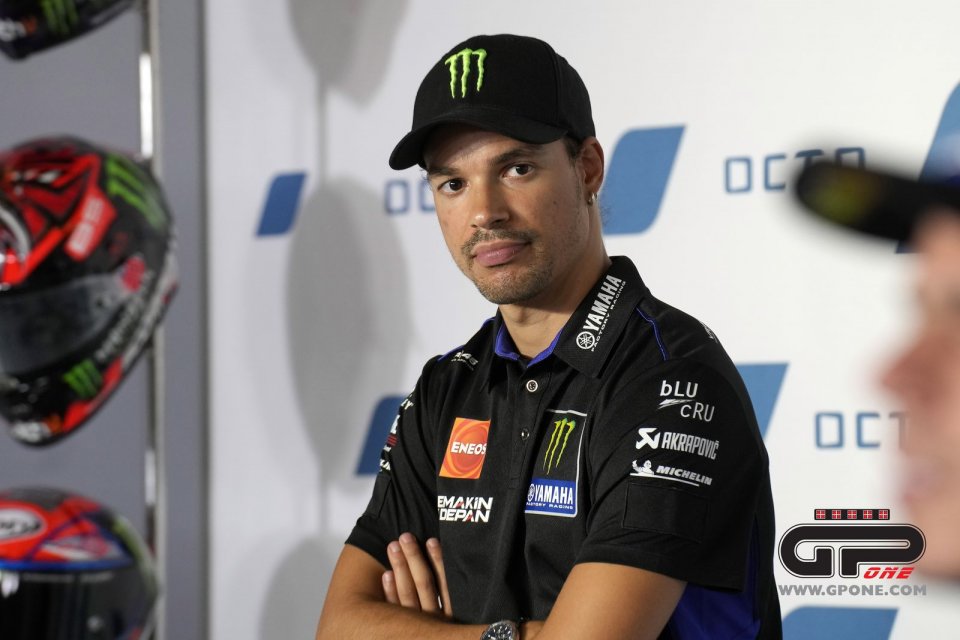 “A lot of things happened while I was sitting on the sofa” Franco Morbidelli jokes about the turnaround of events that led him to return to Misano with the official Yamaha team colours. The divorce with Vinales was the trigger and it must be said that the old saying 'every cloud has a silver lining' this time fits perfectly. "I followed everything that happened as a fan - he continues - It's always interesting when there is a bit of spice and in the end, I'm on an official bike, even better."

Morbido is now ready to restart and begin a new adventure, after an absence lasting 5 Grands Prix since his knee operation.

“It's nice to be back, I missed MotoGP, the people, the paddock, it seems so long ago - he admitted - I did everything possible to return here at Misano, a track that I like so much and where I have good memories. I feel pretty good, my knee doesn't hurt, but we'll see what happens tomorrow on the bike ”.

"I focused on my recovery, I didn't have a bad injury but it took a long time, more than I thought - he explains - We tried to speed up recovery time, the most important thing was to be able to bend the knee correctly, keeping an eye on general fitness. We will find out this weekend how we worked ”.

Meanwhile, he will discover his new home…

“First of all I have to thank the Petronas team, together we have done a fantastic job and achieved great results, they gave me the opportunity to demonstrate my potential – were his thoughts on his former team - Now a new chapter begins, there are so many people I know and will meet Fabio again, this is also nice. I'm simply happy to be here and to go back to doing what I'm capable of, with these colours it's even better”.

With him, however, there won’t be his crew chief Forcada, who will follow Dovizioso.

"Until the end of the year I will work with Silvano Galbusera - Morbidelli confirmed - I enjoyed working with Ramon but we decided not to make too many changes in the teams, there have already been enough. We all agreed, then for the future we will see ".

Morbidelli will finally have an official bike, which in some way would have been expected by right after he was runner-up in the world championship last year.

"I feel I deserved to be here - he said - I spoke openly with all the people of Yamaha and now I am in this team, they knew everything about me".

The challenge with Quartararo will be renewed…

"Fabio seems to be the man to beat, but I'll think about it next year - says Morbido - Now I'm just thinking about regaining my form and speed, then in 2022 I'll have more pressure to do well in the championship."