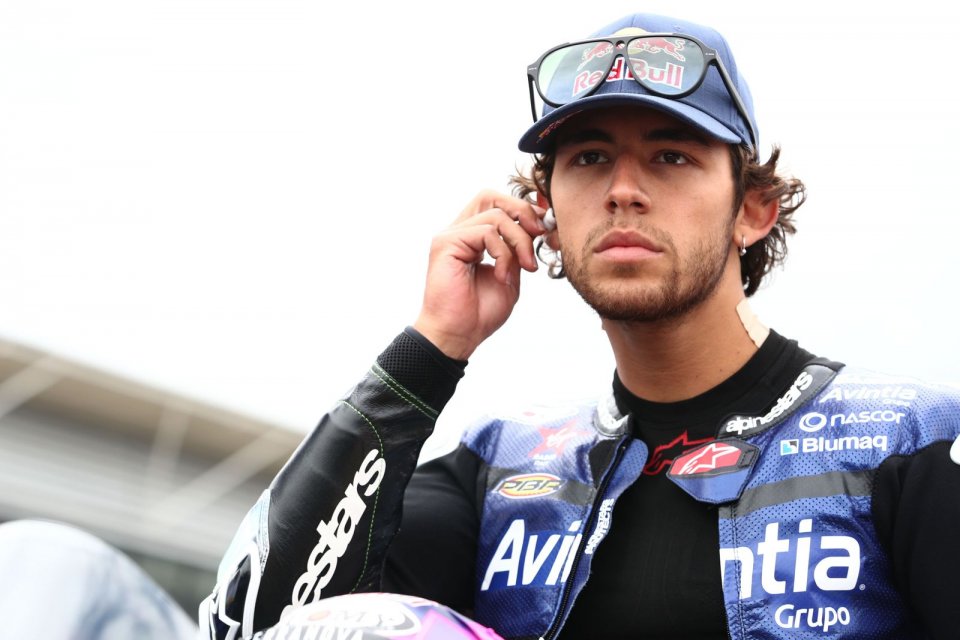 Just one week after MotorLand Aragon, this weekend the MotoGP circus arrives at the Misano World Circuit Marco Simoncelli for the first of the two scheduled Grands Prix in one month on the Adriatic Riviera. At home everyone tends to go the extra mile, just ask Enea Bastianini, who lives right near the racetrack.

"Misano is a track I know very well and I'd like to continue with last week's performance. It will be important to start in the exact same way, on the right foot, staying focused. We will also have to be ready for any eventuality, the weather forecast says it could rain both tomorrow and Sunday ”.

The Avintia Esponsorama rider comes here off the back of a brilliant sixth place obtained in Spain, the best of his MotoGP career up to now, not too far from Jack Miller's official Desmosedici and even ahead of riders of the calibre of championship leader Fabio Quartararo.

“At Aragon I believed more in my means, I was able to find the confidence I needed, riding perfectly. If I could confirm my form here too, it would mean that I am becoming more and more aware of my abilities, in any case the goal remains to fight for the top-10", he said.

Enea’s manager Carlo Pernat has represented and still represents a benchmark figure for the Rimini rider, someone who has helped him to win the title in Moto2 and subsequently to make him make the leap into the premier class.

“Carletto makes you feel at home, he pampers you like a parent and is always there. In case of necessity, he never backs down trying to help you out. In addition to being a very good manager, I consider him a kind of lucky charm. Unfortunately, he is often a bit of a ball breaker (laughs) ".

The weekend will also see the return as wild card of tester Michele Pirro, winner of the 2021 CIV Superbike title, following on from the tests held in Santa Monica a fortnight ago.

“I didn't remember that he would race (he jokes). On this track Michele has done a lot of kilometres in the months before the event; therefore, I think he will be our benchmark, especially in the Friday sessions. We'll see if he proves to be competitive over the three days, but it's undoubtedly a further help for Ducati to have him available," he admitted.

Marini: "I want to improve on my Aragon performance"

Something similar could be said for teammate Luca Marini, born and raised in Urbino, a town less than an hour's drive from the track named after the late Marco Simoncelli, the place track he scored a win and pole position in the double round of 2020 in Moto2.

“This race is special and, despite not being one of my favourite tracks, last year I was really fast, and I started to like it. Clearly, everything will change riding a MotoGP bike, I don't have the potential to aspire to who knows what, but I want to improve on my Aragon performance”, he began.

With 28 points to his credit in his debut year, the SKY VR46 Avintia rider had a problematic weekend in Spain, not going any better than the 20th and last place on the finish line. A completely opposite result in comparison to the team-mate.

"Enea did an exceptional job since Friday, without forgetting that he particularly loves that circuit unlike me. I struggled a lot, in this sense I tried to analyse his data and that of the other Ducati riders, even if it is difficult to draw conclusions because we use different bikes ”.

At the same time, for the occasion, his Ducati will have a brand new livery branded "Sky Wi-Fi", designed by the graphic-creative department of VR46 and created by Starline Design. The hope is that the fibre link of the well-known television platform will guarantee acceptable coverage even in the wet ...

"I haven't seen it live yet, I'm curious as they told me that it is a fairly bright fuchsia, I think it will be shocking to look at from the outside (laughs). I am open to any scenario, in the past the bike has been able to have its say in the rain. However, in terms of personal growth and apprenticeship, I would like to race in traditional conditions, either all dry or all wet, without flag to flag”, he concluded.