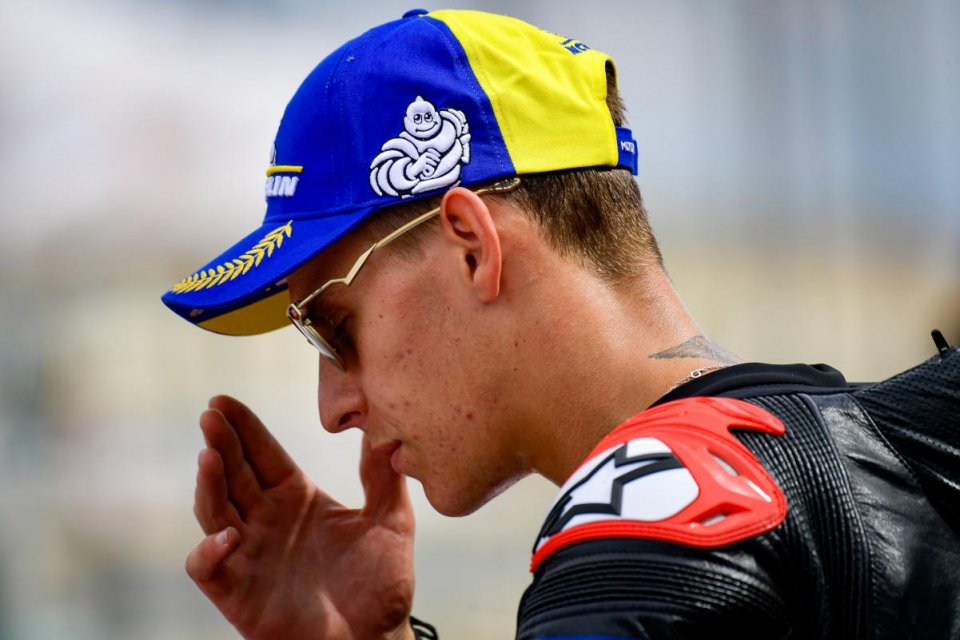 All you had to do was look at his face to figure out that his day didn’t go well. We’re talking about Fabio Quartararo and his 8th place with a bitter aftertaste at the Aragon GP. And, besides this, he also had to deal with winner Pecco Bagnaia’s 16 seconds.

Numbers that the French rider can’t ignore, as he fought starting from the very first lap with his Yamaha.

“After the warm-up, I had good feelings. In fact, I was hoping to be fighting for the podium,” he said. “Then, after the start, I realized that it would be difficult to stay up front. I tried to fight to bring home this position, and I’m happy with what I did at the end of a race that was certainly not easy.”

Fabio’s really disappointed, even if he tends to downplay it.
“It’s not a disaster, also because the sensations were different, compared to last year. A year ago, I struggled for the entire weekend while, this time, only on Sunday afternoon, since the goal was to fight for the podium this morning.”

Quartararo explained what happened.
“There was something wrong with the rear. I had strange sensations. I don’t want to point the finger at the tires but, after a few laps, I felt something abnormal and not regular. Never, before today, had I encountered these sensations. From turn fifteen to one, just to give you an example, I lost almost four tenths and couldn’t overtake, plus I didn’t have any grip. We have to figure out and analyze in detail what happened, since I had been fast all weekend.”

Despite the regret, Fabio wants to remain positive.
“Today, I tried to fight, giving everything I had inside of me, also because I’m fighting for the World Championship. Unfortunately, I lost some points, but these are things that can happen. Before the Sachsenring, I was only ten points ahead while, when I arrived in Aragon, it was over sixty. Unfortunately, I lost some along the way today, but I think it’s normal in a championship as hard fought as this one. You can’t always earn points, even if the goal is to win.”

His last comment was about the spectators.
“Although I’m French, I thank the spectators for their support. It’s nice to have fans in the stands and feel their affection.”