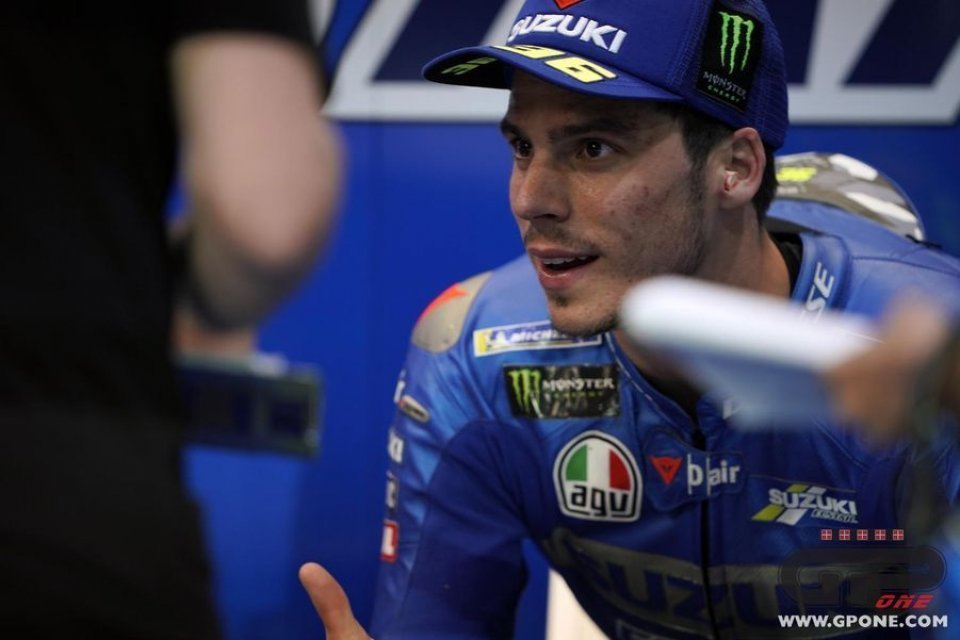 It was a Saturday in pursuit in Aragon for Joan Mir. In fact, the world champion closed qualifications in 7th place, with eight tenths from the top. His ambitions were quite different, so he had to console himself with a third row, along with Pol Espargaro’s Honda.

“All in all, I’m happy with this Saturday,” he said. “I had positive sensations after a long time, finding the ones I wanted. I think we took an important step forward in the FP3, which allowed us to be faster. In qualifying, however, with the high temperatures, I suffered a little with the tires, since the medium wasn’t the correct choice.”

So Mir tried to be positive, even if he still has some doubts.

“Unfortunately, I don’t have the confidence I’d like at the front, which has already happened in previous races, such as Silverstone. As for the holeshot, we have to work to try to make better use of it. If you don’t use it properly, it’s useless. I hope to soon have a new holeshot that will allow me to be more competitive, since I’m the only rider on the grid who isn’t able to take advantage of it.”

The world champion’s attention then shifts to the tires.

“I feel good with the soft. In fact, I managed to be consistent in the race simulation. But it can be a risk with these temperatures, even if, I must say, this type of tire behaves well, and I can take advantage of it. We’ll see how we’ll have to behave for tomorrow.”

Joan then takes stock of what Suzuki did during the first part of the season.

“In this MotoGP, we’ve seen that the level of development of the bike has evolved a lot to be competitive, so we need to make progress. Personally, I think I’m a very sensitive rider, who assess all the behavior of the bike well, and doesn’t even fall often. This is precisely why I need more confidence on the Suzuki, which I don’t have now. We need more speed when entering corners, which will allow us to fight against our opponents. However, we’re working hard, focusing on electronics, to have more potential.”

Everyone’s wondering if in Japan they’re working to better support the world champion.

“For the moment, I haven’t received any news. I’m working with what I have. The frame is the same as in 2020, although I hope they’re doing something in the factory for next year. Right now, we have to give it our all  with what we have, aiming to have a better holeshot for the future.”

He also talks about his outburst at the end of Turn 1, when Marquez was also there.

“Nothing happened with Marc. I was just angry about the sensations I had on the bike. That’s all. Marc has nothing to do with it. Like I said, I’m sorry, but I want to try to be positive and have a good race tomorrow. I’m convinced that we can have fun, and the goal is to fight to aim for the victory.”

His final words were about the World Championship challenge and Quartararo.

“I’m not here to defend my title. The goal is to have some good races and win. If I don’t win the world championship, nothing will happen. I’ll try again next year.”