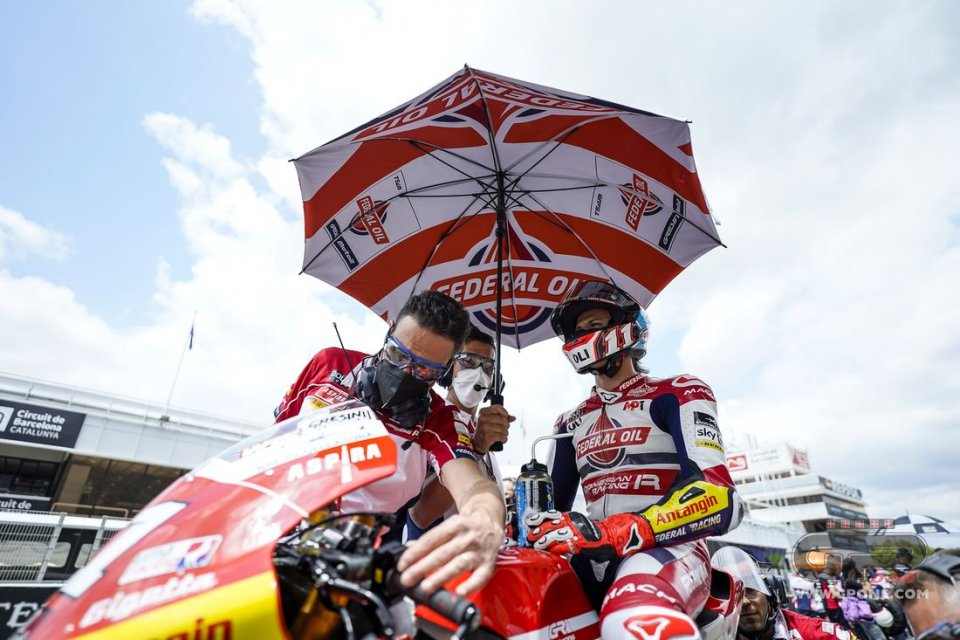 Despite the loss of their main sponsor, Flex-Box, for next season, the Gresini team doesn’t falter and confirms its plans. The team is already at work, without external collaborations, to fill the empty space on the fairing of the Ducati with which it will race in the MotoGP in 2022, and the program will not change. So its new adventure with Enea Bastianini and Fabio Di Giannantonio can begin, even if with some unexpected hitch.

The Moto2 project is also confirmed and an announcement is expected during the Misano Grand Prix, when the pair of riders for next season will be unveiled.  The intermediate class is strategic for a team that races in the MotoGP, since it allows new talents to grow and prepares them to enter the premier class.

The team's Moto3 project, on the other hand, will be cancelled. This isn’t a decision that derives from losing  its sponsorship in the MotoGP but dates back to last year, when Fausto had already agreed on this decision. Not meeting this commitment in the minor class is, if anything, a consequence of its direct entry into the premier class, no longer as a “supporting” team for Aprilia. To date, the Gresini team is present in all World Championship classes  (including the MotoE), besides participating in the CIV.

The MotoGP, however, requires a lot of resources (not only financial but also human ones), Therefore, the Gresini team decided to take a step back, at least for the moment, and will  not be present in the Moto3 next year. It has, instead, confirmed all its other projects.