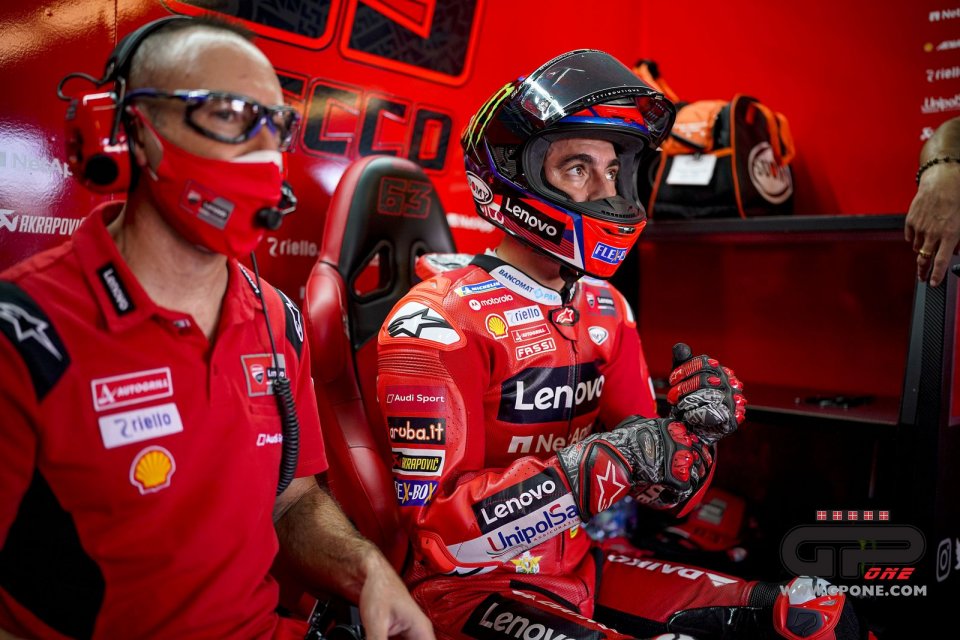 Christian Gabarrini is the engineer who was alongside Casey Stoner in his historic 2007 title, and then alongside Marc Marquez in Honda and again with Jorge Lorenzo and is now Pecco Bagnaia's wingman. In short, he has always accompanied the best Ducati riders in their quest for success.

Bagnaia’s win at Aragon was no surprise for him. Back in the garage Christian had done his best to prepare Pecco for this eventuality.

"It was a bit what we had prepared for. We feared Marc because we knew how fast Marquez and Honda are here at Aragon. We knew that he would be the one to give us a hard time - revealed his crew chief - But in the end, you can never be fully prepared and this gives extra value to Pecco's victory: he won at Aragon, but he also beat Marc. Then there is the fact that Marquez is not yet in top form, but the third-placed finisher, Mir, was four seconds behind. I have not counted the overtaking attempts, I think there were seven, and in all of them Francesco was cold, lucid and this too is something not to be taken for granted, especially when Marc is behind you. This will take him one step further. Many times we have come close to winning, but in this one there is a lot of Pecco and a lot of the evolution of the bike that has improved thanks to the requests of him and the other riders. In my opinion, Bagnaia was good at diluting the strengths and weaknesses throughout the entire race: in difficulty with the front, in the last laps, something that didn't show up in practice, he was good at holding off Marc, despite this extra difficulty. If I believe in him? Not that I wanted to belittle him before, but I've always believed in him, I've always liked him, otherwise I wouldn't have agreed to be by his side, but for a MotoGP rider to win his first race and in this way is like joining an exclusive club ".