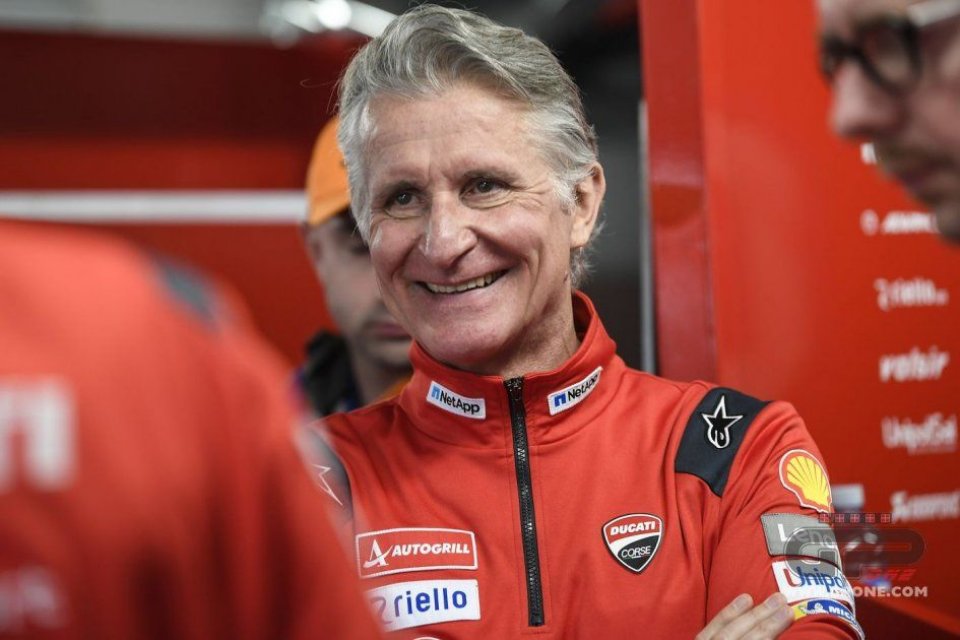 Bagnaia's victory at Aragon was a long-awaited one and desired by the entire Ducati team, but no one would have imagined that Pecco would have earned it in this way: by beating Marc Marquez, at his home, on one of his favourite circuits.

It was not an easy race, because after following him like a shadow, Marc attacked the Ducati rider continuously, in the last two laps. Bagnaia was very good in repelling every assault with a counter-pass, remaining clear-headed until the last, desperate attack in which Marquez went long, onto the green, handing the win to the Italian.

“We have been waiting for this win for a long time, I would say even too long compared to what Pecco had shown so far - said Paolo Ciabatti with his heart in his throat - He deserved it before, in Austria and then at Portimao when they took away his pole. This time he was always fast. We saw a race between two riders, one of whom we know how strong he is, moreover here in Aragon where he has always been very fast. Bagnaia was cold-blooded, and in the end Marc made a mistake. The last laps were very tense. We know how aggressive Marc can be, to the point of forcing his opponent into an error, but Pecco was good at repelling the attack and in the end Marc made a mistake by going onto the green. At that point we could enjoy the final straight. Pecco has proved to be a top rider. Now we have gained points on Fabio Quartararo, we are at -53 when there are five races to go until the end of the world championship: we will fight for the title until the end. Pecco doesn't feel the pressure, he's cold like us, he's from Piedmont. Here he removed a burden on an unfriendly track and fighting against the King of Aragon. In the recent past, in fact, Aragon hadn't given us much satisfaction, but this time we went fast right from the start with the set-up from Silverstone thanks to our engineers. And now we are at the top of the constructors' classification. The best way to arrive at Misano with a smile ".