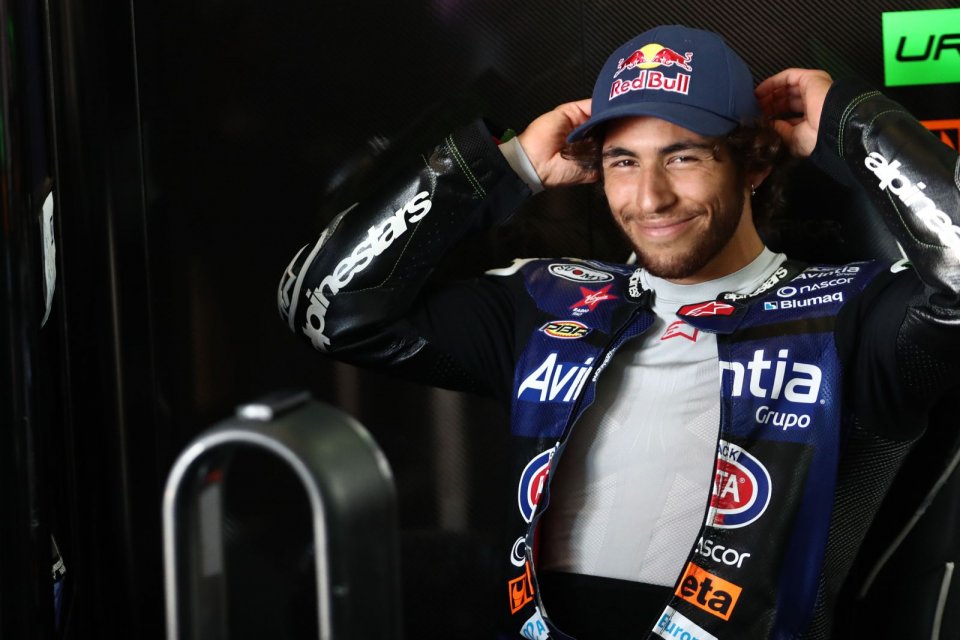 All things considered, Enea Bastianini's debut campaign in MotoGP had been quite encouraging, the result of an apprenticeship filled with eight points scores, often just outside the top-10, despite some unfortunate episodes (for example, the recent issues in Austria and the UK). However, a spark was missing, namely the race to mark a possible change of direction and turn around the current season. Today the Avintia Esponsorama man finally pulled the rabbit out of the hat: a race that has took him up to sixth place, the best result in his career, ahead of riders of the calibre of Brad Binder, points leader Fabio Quartararo, Jorge Martin and Takaaki Nakagami.

“At first I tried to stay with the leading group, but without success, I could not be incisive as I wanted in cornering. I struggled to overtake Fabio, he brakes really hard, then it was Takaaki's turn. The right tyre management allowed me to finish in 6th place. I like the track however, although I made a few mistakes too many, we have made progress since the last race at Silverstone. We have to continue on this path, I think I can do even better, after all this is only my first year in this difficult category ”.

At the same time, there is a small-big regret for what happened at the start of today's race, in all likelihood the Achilles heel of the reigning Moto2 champion. Yesterday there was a nice little moment on Sky Sport between Enea and Jorge Lorenzo (watch HERE) with a bit of 'low-cost' advice. Would anything have changed otherwise?

"Pity about the start, unfortunately, I didn't get off the line perfectly, and immediately I lost some ground. I am sure that, without the intense battle against Quartararo and Nakagami, I could have caught Jack Miller as well, but I’m not thinking about it, I'm happy all the same", he declared.

After getting into the higher part of the standings, it is now reasonable to expect at least another repeat performance in the next GP, his home one at the Misano World Circuit Marco Simoncelli. However, the rider from Rimini is keeping his feet firmly on the ground, the competition is fierce.

“I consider it a starting point, a result that gives us a lot of energy in view of the rest of 2021. We know that it is not easy to remain consistently in the positions that matter, the level is very high, we still don't have the package to do it. In any case, the team worked excellently throughout the weekend, the bike was perfect, if we continue like this we will get some more satisfaction. Misano is a special event, where you need to be in place with the set up and manage the bikes”, he admitted.