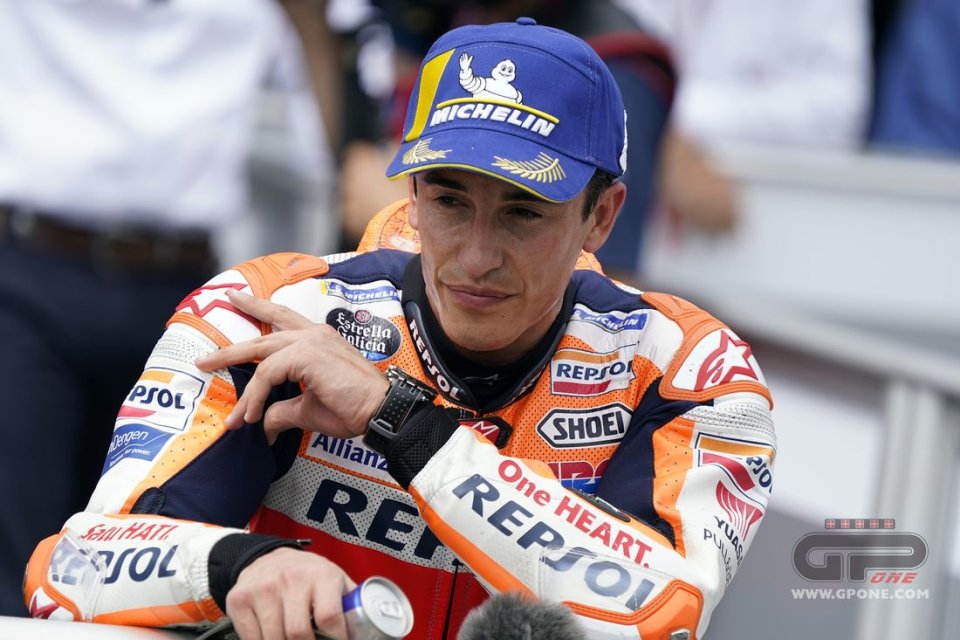 After leading the way in free practice and after another crash, without consequences, the eight-time world champion has once again demonstrated that he can rightfully elbow his way into the top positions of the starting grid. Despite not being yet in optimal physical condition, as can also be seen from the images in which he massages his shoulder following the crash in FP3, Magic Marc got close to the leading trio in qualifying and finished fourth behind the current world leader, Frenchman Quartararo.

We know that Honda is waiting to test the new engine, will we see it in action already from Misano for next season? What are your expectations?

"We are not sure yet, we might also try it at Jerez, but starting from Misano would be positive in order to arrive in Malaysia already at a good point. Obviously it is a prototype but the goal is to improve power and top speed. The transfer of power from the torque to the wheels is what we will work on, but obviously we will have to find a compromise between that and the handling of the bike".

Pol Espargarò is using the new chassis and said he is fine with it, are you using it too?

"It's true, he is already using it and he seems to be doing well. I've already tried it in Austria but I can't get a good feeling. There are always pros and cons, but right now we have to look at the results and feeling good does not mean having good speed, which is what counts. Personally I am using another version of the chassis, I think it is the third in four races, demonstrating how much Honda is working hard in this period to improve the motorcycle".

In all these years you have never found yourself in this situation, having to work on preparing the bike for the next season.

"After all, I'm not living in an easy situation - continued the Spaniard - I found myself not only having to reset my riding style but also having to readjust to a bike that needs and is also going through its own evolution, so at the moment we continue to work trying to keep up with the fastest riders. "

At Sachsenring, however, you already showed that you are back to a level that you can aim for a victory, what are your feelings for tomorrow's race?

"My physical condition is still not optimal, the circuit in Germany helped me, the situation will be different here. I think I can have the pace of the group of fastest riders, but one thing is to be fast on the flying lap, another is do a race with these rhythms ".

Ixon, the supplier of Aleix Espargarò's suit, has revealed data from his crash at Silverstone. The airbag deployed in 950 milliseconds
20 hours 31 min ago