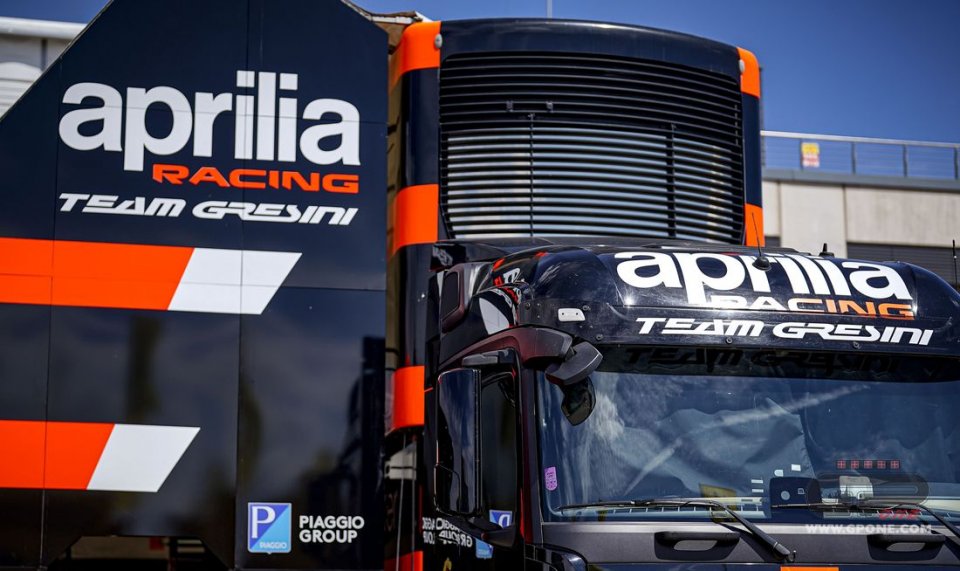 Covid has hit the world championship hard, and the various restrictions due to the pandemic have had important consequences on revenues. We are not just talking about the circuits and the organizers of the championship, who have had to organize a number of Grands Prix behind closed doors or with a small number of spectators, but also about the teams. In each category one has to deal with budgets from smaller sponsors and surviving is not easy.

Petronas, which decided to abandon MotoGP, is the most striking case leading to the closure of its Moto2 and Moto3 teams, but many other outfits are in trouble. In the Aragon paddock, the rumour is gaining ground, more and more insistently, that the Gresini team must also revise its plans for the future.

For its new MotoGP adventure with Ducati, in June, the team announced Flex-Box as main sponsor, but the container company's plans in the last week seem to have changed and in all likelihood it will no longer be part of the project, or at least it will no longer be able to guarantee the promised budget.

At this point, a solution must be found for the Gresini team, because MotoGP is very expensive and the Moto2 or Moto3 teams could pay the price.

Things might not necessarily take a turn for the worse however, perhaps with some collaboration. Flavio Becca's Leopard outfit has long been thinking about the premier class and the forces of the two teams could unite. Miodrag Kotur, former Ferrari collaborator at the time of Jean Todt and Michael Schumacher, now team manager of the Italian-Luxembourg team, has been spotted in the Imola team structure.

Time passes quickly and the first contacts are already underway.