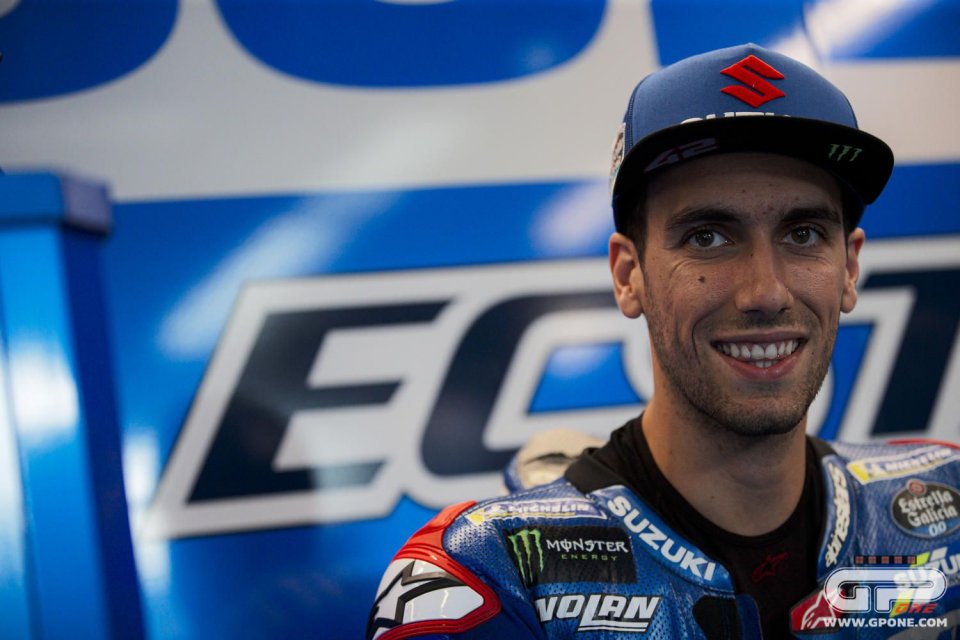 Alex Rins arrived at Aragon fresh off the podium from the English race at Silevrstone. Unlike his teammate, Joan Mir, Alex had an uphill race, finishing with the best possible result compared to his starting grid position.

“It seems like a home Grand Prix to me. I’m really happy that we’re starting the engines again here, especially after Silverstone, since we’re coming from a super podium,”  Rins said. “My expectations are the same, even if it will certainly be difficult to be fast here against Yamaha and Ducati. I’ll try to push anyway. I think many riders like this track, and I think the times will all be very close.”

Do you think Silverstone helped you be mentally stronger after the podium?
“No, I think I’m the same. The goal is always the same. Race after race, I try to achieve the best possible result. This is a track that I really like. Now I look forward to starting the weekend.”

During the last race, there were a lot of problems with the tires, but not for you, in particular. Tires play an important role during the championship, not only for speed but for safety. Is this an issue you talk about during safety commissions?
“We talk about it every time. We talk about preheated tires, about the quality of the tires. I think it’s impossible for the tires to be all the same. As for the problems that some riders had with the front tire at Silverstone, I mounted the medium, because I realized that I wouldn’t have been able to race the entire distance of the race with the soft ones. Joan also mounted the soft ones, and it was a surprise for him. Maybe the soft ones were too much.”

Rins: “I knew Dean Berta, the SS300s should be more powerful”

Austin: very hot and working on the asphalt, Michelin brings an extra tire

Michelin’s Taramasso admits there was abnormal tire wear at Silverstone