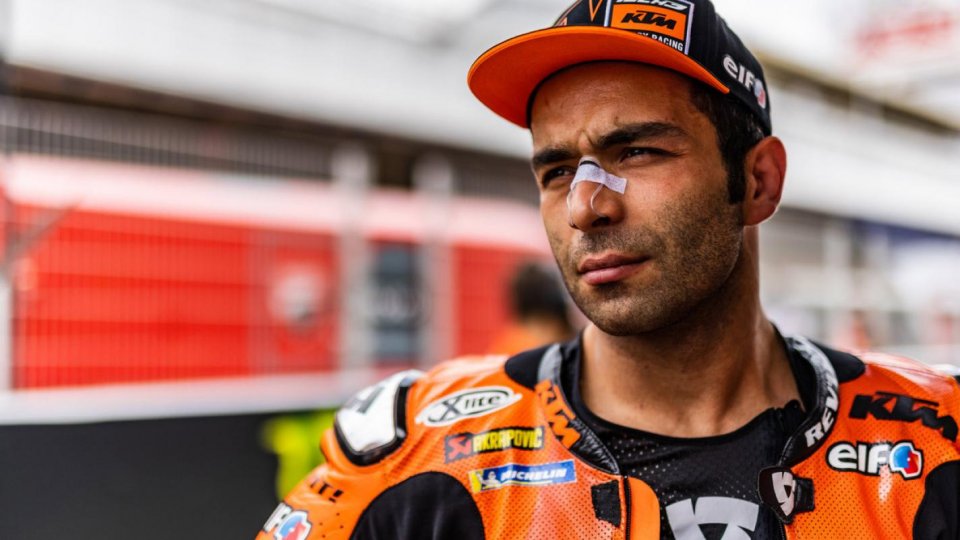 The only thing missing is the press release, but in the end it is certain that Danilo Petrucci will race the next Dakar with KTM. The news was communicated by the rider himself at the press conference on the eve of the Aragon weekend. The Tech3 rider appeared to be very happy and satisfied for a new adventure that will begin once the MotoGP season is over.

“What I can say is that I have reached an agreement with KTM to take part in the Dakar 2022 - revealed Petrucci - I spoke with them and we were able to define my participation in the next Dakar. Obviously I'm very happy, since it will be a new experience for me, in a completely different context from that of the track. I also recently had the opportunity to speak with the working group that takes care of the Dakar and I can't wait to get started. There will be many things to learn and understand, but I can't wait to start this new challenge. "

The challenge is an exciting one, but at the same time full of unknowns.

“Before the race we will go to the dunes to train, although there will be many things to understand as I have already said. Just to give an example, I don't even know how many boots to take (smiles). The thing that fascinates me is that 10 years ago no one knew who I was in MotoGP, while now I arrive at the Dakar starting from scratch. Who knows, maybe in 10 years I'll also win something in rallies, that would be fantastic "

Preparation will be a crucial phase for Danilo in view of the Raid in Arabia.

“When you race in MotoGP, you can't train with prototypes, in fact you rarely go on the track during the season. With off-road bikes you can train whenever you want. The problem is that with rally bikes there aren't many places to train, both for the spaces and for the permits to travel long distances. For this reason you train with Enduro, which is the preferred choice of the riders ".

Lately, Petrucci's name had also circulated within the Superbike paddock, with Honda in fact making some sort of overture.

"The thing I have always had a hard time in digesting is that if a team wants to race with a rider, it presents them with a concrete offer. Instead there are more chats than anything else. With KTM, on the other hand, half an afternoon was enough to reach an agreement, because if you want to do things, you do them, without taking too long for reasons of sponsorship or friendships. I have had enough of these dynamics ”.

Returning to the Dakar discourse, in recent months Danilo Petrucci has been spending most of his time with Jacopo Cerutti, a rider from Como who specializes in Raids.

“I saw Jacopo at the Enduro Six Days, spending a lot of time together. He was pushing for me to race the Morocco Rally before the Dakar, in fact I asked KTM to do this. The manufacturer, however, wanted me to stay focused on MotoGP and the end of the season. However, we will do several days of training to understand and learn. In a rally there are many variations and unpredictable aspects. I can mention the change in the route, which may be subject to modifications in the last minute. At the same time, however, I will have to get to know the navigation and the writing of the road book. But it is nice, because you will stop in places where you may never pass by in your life ".

One final consideration regarded the battles in MotoGP.

“It seems strange, but in this MotoGP, when you are in front, you are more relaxed in the fight. When you find yourself in the middle it's a bit of a circus ”.