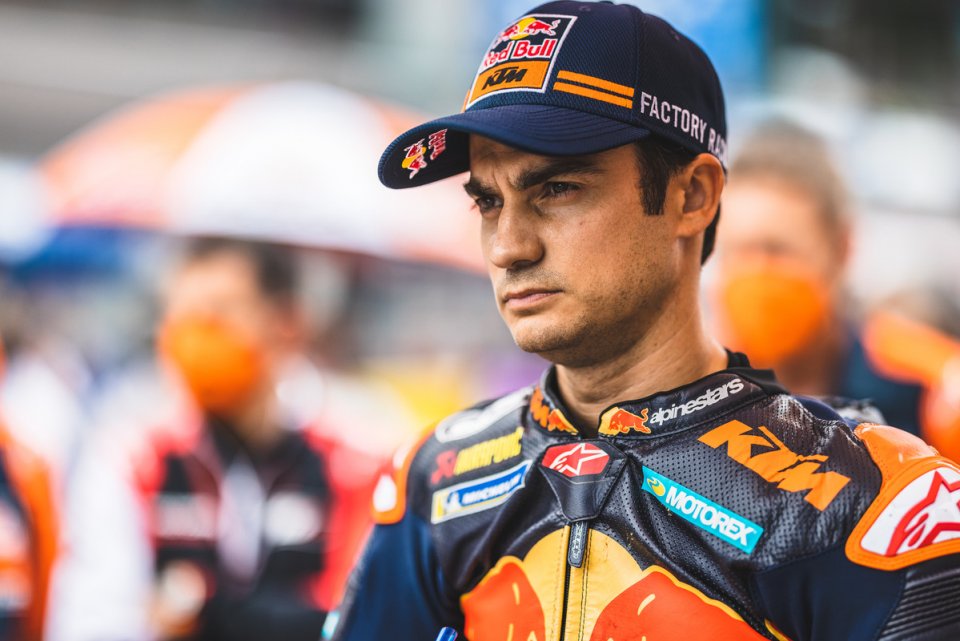 Dani Pedrosa won’t be racing at Misano, despite being regularly registered by KTM. The Austrian constructor has decided to withdraw Dani’s entry, and the MotoGP project’s Technical Director, Mike Leitner, communicated the news to our colleagues at Speedweek.

“We have withdrawn the wildcard entry for Misano. We still have enough material to test. This is why we, with Dani, will concentrate on testing.”  These were Leitner's words and the only one who has commented for now, since the rider still hasn’t spoken. Actually, the news of a second wild card entered after the one in Austria almost seemed like a surprise, after what Pedrosa stated, since he didn’t seem particularly inclined to racing again this season.

The results on the track were not at all negative, but he may have reached that decision because of the nasty fright after Lorenzo Savadori’s accident, totally involuntarily involved in Pedrosa’s fall, with a dynamic that could have had much more serious consequences for both riders. Knowing that they have an important test calendar in front of them, the Austrian constructor might have chosen not to risk racing so as not to face a potential physical problem, which could have compromised Pedrosa’s conditions, since he has sadly always known to be somewhat delicate on a physical level, which has penalized him way too many times during his career.

So the only two wild cards on the track at Misano will be Michel Pirro’s with Ducati and Stefan Bradl’s with Honda while, right now, Lorenzo Savadori with Aprilia is not confirmed, given that the rider is still struggling with recovering after his injury at the Red Bull Ring.