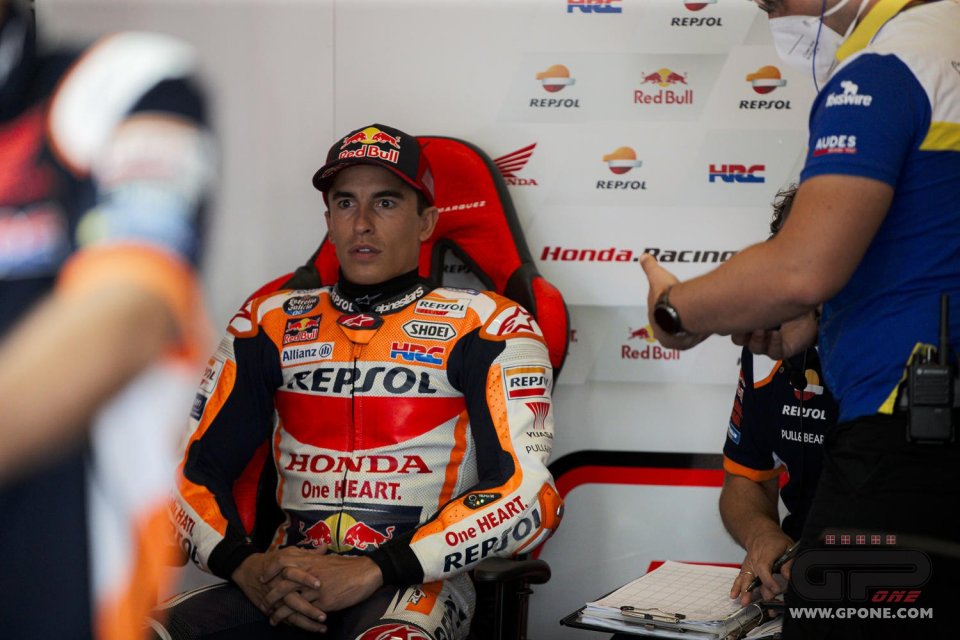 Marc Marquez knows he has a great opportunity in Aragon. The rider from Spain dominated the four editions, from 2016 to 2019, and obviously had to skip the 2020 one, when he was still far from the tracks and struggling with an injury to his right arm

We already talked about how much the numbers can be on Marc’s side, on a left-handed track, like Alcaniz, but we should remember that what happened in Austria and then at Silverstone could somehow convince him to have a more conservative approach.

The two unsuccessful passes weigh heavily on the rankings and especially on Marc’s psyche, since he has to find the direction he’s lost again and relish the taste of victory that he, so far, has only been able to enjoy during 2021 at Sachsenring... from his living room. Making a third consecutive mistake would be almost unforgivable, and Marc knows this well.

“Aragon is always a track where I like to race, and we’ve had excellent results in the past,” Marquez said. “But we can’t rely on what we’ve done in the past. In 2021, we’re here in a different situation, so I have to approach the weekend in the right way, see my level, and see what our rivals are doing.”

But Marc still has great memories linked to the Motorland. He won five times in the MotoGP there and once in the Moto2.
“It’s good to be racing at MotorLand again after losing rounds in 2020, and I hope to be able to deliver a good race for the fans. In the last few races, I was closer to the leaders, so the goal is to continue like this and see what’s possible on Sunday.”

His teammate, Pol Espargarò, arrives in Spain after having experienced the best weekend since he’s been riding a Honda. The pole position conquered at Silverstone and his very solid race give him the confidence and energy he needs to face the Aragon stage with greater optimism than in the first part of the season.

“I’m really excited to be racing in Aragon,” Pol said. “The Silverstone weekend was fantastic for us. In the past, the Honda was the bike I was trying to beat at Aragon, and now I’m riding it, so I’m very interested in seeing what we can do together this weekend.”

The light at the end of the tunnel seems very close for the Honda-Espargarò duo.
“We’re in a good moment after the great weekend at Silverstone, and I’m thrilled to be racing again. I keep working to finish the season in the best way possible and keep learning.”

Marquez: "I learned it from Guardiola, the past doesn't count in...