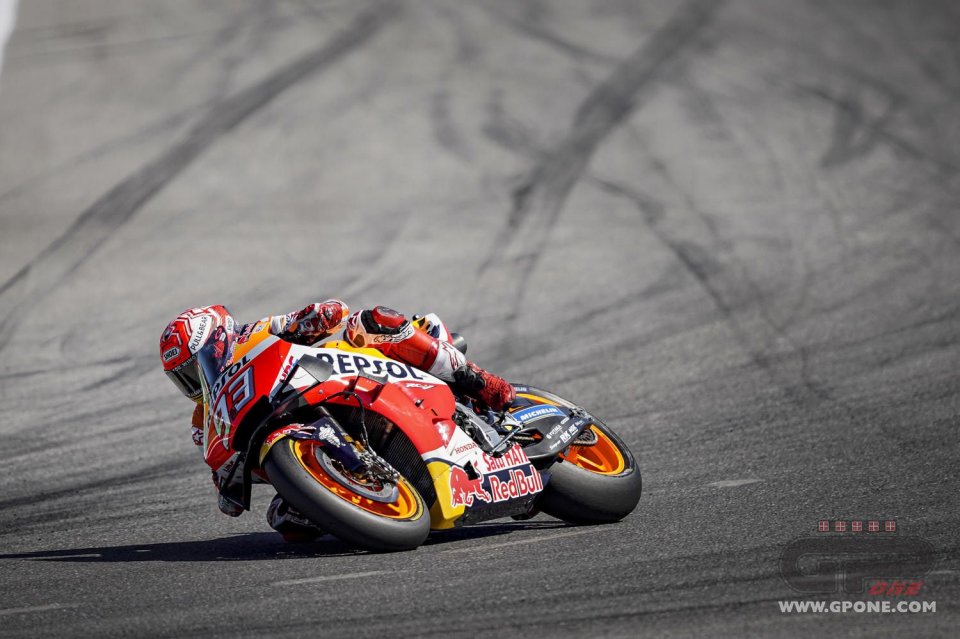 This is the 13th GP held at MotorLand Aragon. The track first hosted an event in 2010, becoming the sixth Spanish circuit
to do so after Jerez, Catalunya, Jarama, Montjuich and Valencia. Aragon is one of five anti-clockwise tracks on the
standard calendar, along with Austin, Sachsenring, Phillip Island and Valencia. 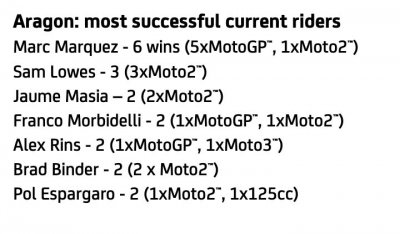 Ducati’s only MotoGP win at Aragon: Casey Stoner won the first race at Aragon in 2010 from pole.

Suzuki’s only MotoGP win at Aragon: Alex Rins at the 2020 Aragon GP.

Spanish riders are very successful across all classes at Aragon, winning 24 of the 36 races so far.

Casey Stoner’s victories, Andrea Dovizioso’s second place finishes in 2018 and 2019 and Franco Morbidelli’s win in
2020/2 the only times a non-Spanish rider has stood on the top two steps of the podium in MotoGP at Aragon.

MotorLand Aragon is one of just five circuits where Valentino Rossi has raced in the premier class and not had a victory
along with Austin, the Red Bull Ring, Buriram and Istanbul.