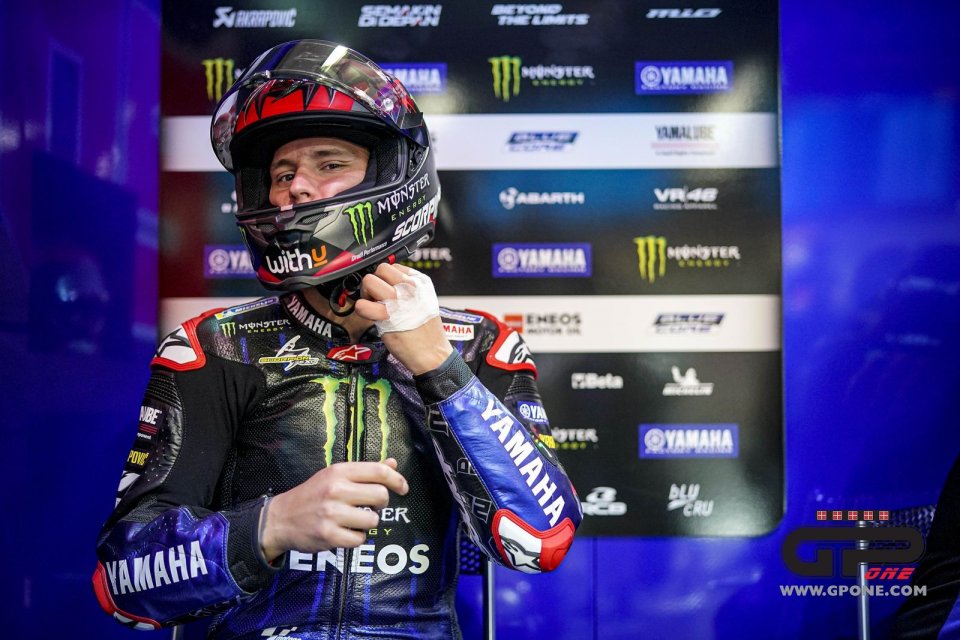 Fabio Quartararo doesn’t really like Aragon and he doesn’t hide the fact, but this doesn’t mean he can’t be fast. He also got a pole at the MotorLand last year, then things didn’t go well in the race. But Yamaha’s French rider can continue to sleep peacefully because his 65-point advantage over Mir is something he can easily manage.

“Aragon is probably the worst track on the calendar, not for Yamaha but for me,” Fabio admitted. “I’ve been fast in the past. I got a pole last year, but I’ve never really been consistent. So there’s a big problem to fix, and I want to learn how to do it on this track.”

Cal Crutchlow will also be in Spain, alongside Quartararo. After Misano, Cal will be returning as a tester and will leave the official M1 to Morbidelli.

“I had fun at Silverstone with the factory Yamaha team and, above all, I feel we’ve done a good job,”  the British rider said. “I can’t wait to do more laps on the M1, this time in Aragon. It’s not an easy track, but I’m usually competitive here, so it’ll be nice to ride and work more.”

Ixon, the supplier of Aleix Espargarò's suit, has revealed data from his crash at Silverstone. The airbag deployed in 950 milliseconds
9 hours 22 min ago