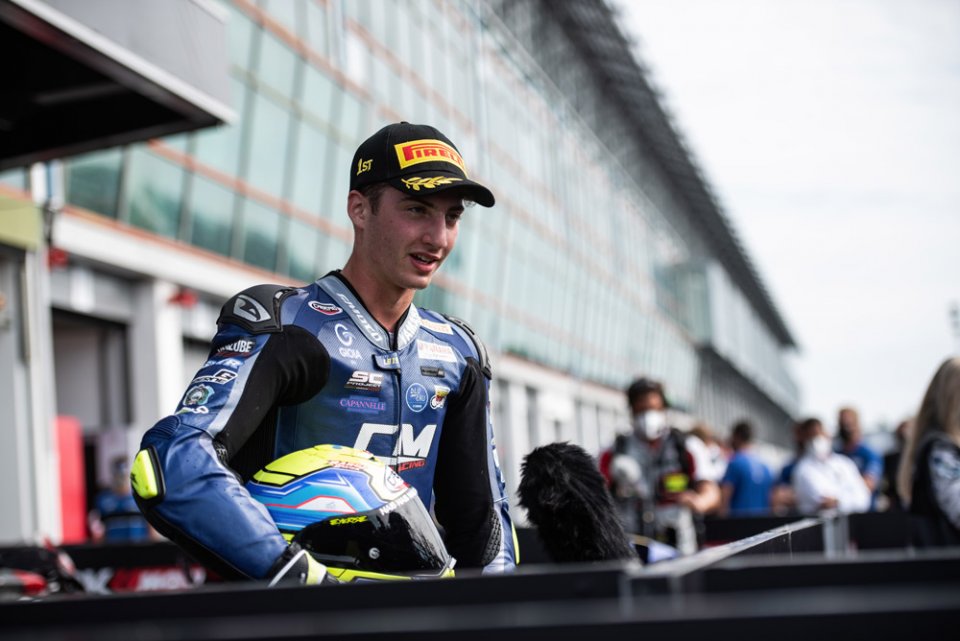 Following the accident that occurred during the first lap of Race 2 at Magny - Cours, Luca Bernardi spent the night at the hospital in Nevers, where the tests performed confirmed the fracture of the T12 vertebra.

Today Luca will be transported to the "M. Bufalini" hospital in Cesena, where the next medical step will be determined.

The chances of seeing Luca on track for the three consecutive rounds in Barcelona, Jerez and Portimao are minimal. As a result, the CM Racing Team will use the next few days to appoint a replacement.

At the same time the Team Principal Alessio Cavaliere, the Team Director Manuel Cappelletti and the whole team are gathered around Luca, hoping to see him back on the bike as soon as possible.