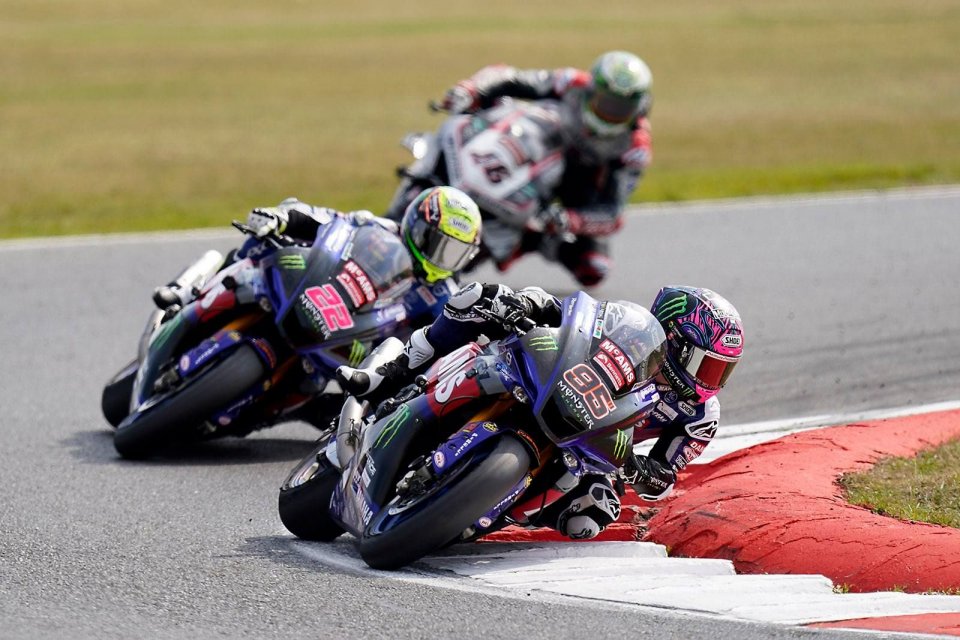 Two riders of undoubted quality, who have matured from every point of view over the last three years thanks to the support of an excellent team such as McAMS Yamaha. British Superbike might be considered to all intents and purposes the most hard-fought and fascinating domestic series on the planet due to its equilibrium, but when it boils down to it, this year it’s almost always the Steve Rodgers led team riders who are celebrating. We are talking about Jason O'Halloran and Tarran Mackenzie, winners of 14 of the 21 races held so far, who followed up on their amazing run of form by dominating the Sunday races at the Snetterton 300 track, guaranteeing themselves a place in the Showdown one round in advance.

A clean, fair fight, almost like a true gentleman. This is how BSB Race 2 on the ex-RAF airport can be summed up, in which both teammates put on a show through an endless series of overtaking and counter-overtaking moves. After studying each other for long stretches, in fact the outcome was decided only in the final lap: at first Taz took the lead at Agostini, and then suffered the decisive move by the Australian at Bentley Straight. Trying to avoid a dramatic 2019 Silverstone-style final, MacKenzie preferred not to take any unnecessary risks, crossing the finish line behind O'Show (tenth win of the season) by 0.305s. The final podium slot went to Tommy Bridewell (MotoRapido Ducati), just eight tenths behind, who was always in touch with the YZF-R1s, but without finding the right opening to attack. Josh Brookes (VisionTrack PBM Ducati) had a positive race, finally in the top area of the results sheets, ahead of a lively Gino Rea (Buildbase Suzuki, who was even in the lead in the opening stages) and Lee Jackson (FS-3 Racing Kawasaki). 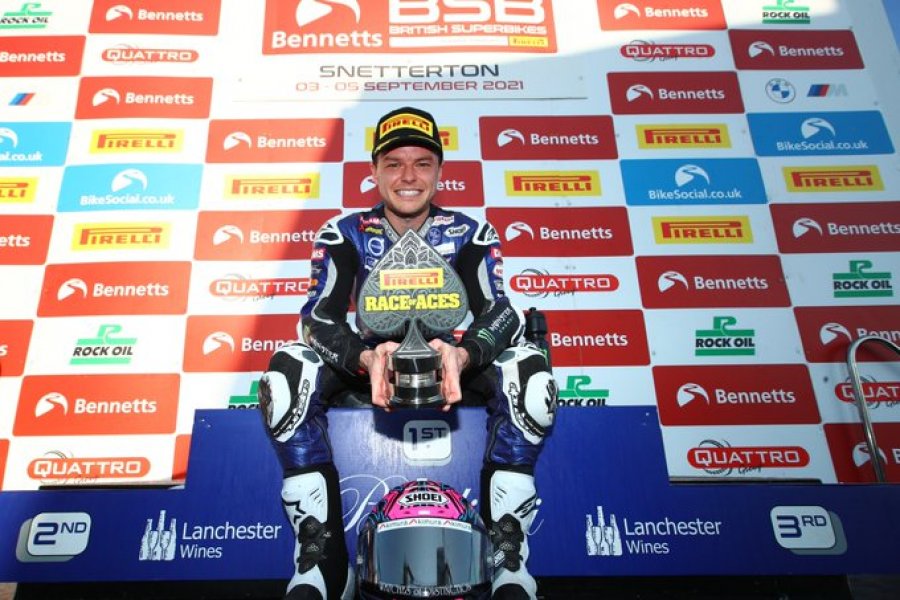 Thanks to an engine failure for Danny Buchan's M1000RR on the Bentley Straight, with the addition of a crash for himself together with the innocent Andrew Irwin and Lee Jackson, the red flags came out. So Race 3 was held over a miserable five-lap distance. It was a no-holds barred all-out attack, and at the restart Tarran Mackenzie had to hold off an onslaught from an aggressive Tommy Bridewell. Handling the situation flawlessly, the Scotsman got the upper hand in the sprint by just 48 thousandths. With his fourth win of 2021, he clinched the prestigious "Pirelli Race of Aces" (the trophy reserved for the one who scores the highest number of points over the three races at the Norfolk track), while for the Ducati man he was edged out once again right at the very end after Saturday. Less incisive than expected, the championship leader Jason O'Halloran completed the podium, ahead of Gino Rea (4th) and the VisionTrack PBM Ducatis of Christian Iddon (5th) and Josh Brookes (6th).

By virtue of these results, Jason O'Halloran, Tarran Mackenzie, Tommy Bridewell and Christian Iddon mathematically grabbed their places in the playoffs of the final three events of the season. It was a wide-open battle for the remaining three places (Peter Hickman aside) that sees Danny Buchan, Glenn Irwin, Lee Jackson, Bradley Ray and Josh Brookes separated by 20 points. The British Superbike teams and riders will be back in action in a few days, on the weekend of 11-12 September, on the 'National' layout of Silverstone, the last round of the Regular Season.