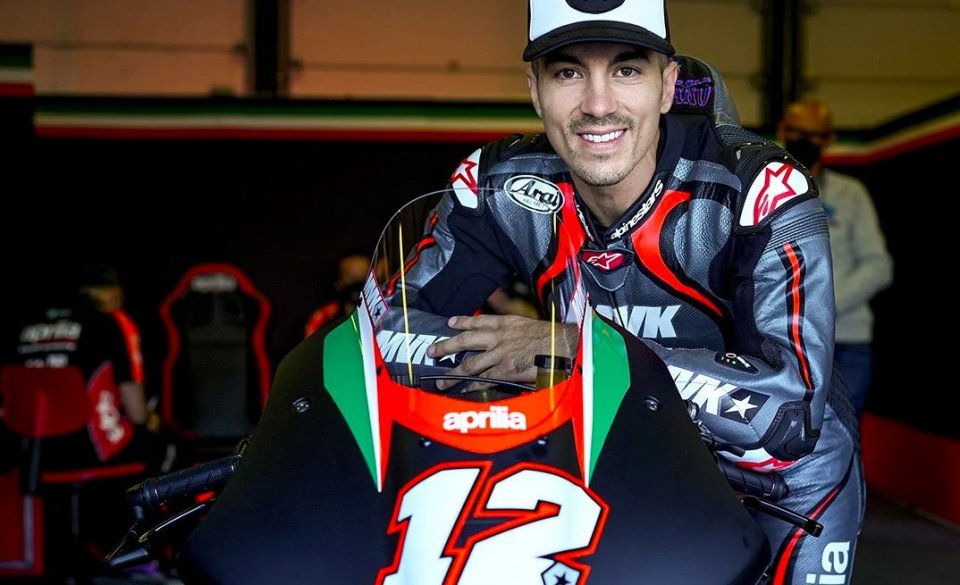 World Superbike was in action at Magny-Cours over the weekend, as was SuperSport300, back on track after the Most round. Among the teams present we also saw the Vinales Racing Team again. Despite its separation from Yamaha, Angel's team returned to the starting blocks with Berta and Saiz Marquez on board and they will have the task of finishing the 2021 season on the R3 bikes.

On this occasion, we met up with Angel, Maverick's father, who is busy following the two young riders closely. We talked with him about the team's ambitions for the season finale, as well as his son's new adventure in Aprilia.

“We are very pleased to be back on track for this second part of the championship - Angel Vinales told us - In SSP300 we will finish the season with the two R3s, then we will evaluate what to do for the future. For sure 2022 will be an important season for us, as I would like to make my debut in SuperSport, doubling the commitment beyond 300. We are talking to some manufacturers and we will see what the best choice will be also based on the regulation to be decided ".

The focus then turned to his son, fresh from the Misano test with Aprilia and ready for his debut at Aragon.

“I am convinced that Maverick will be fast with Aprilia - he declared - Mentally I see him strong. Relations with Yamaha had been complicated for some time and he was not happy. In fact, it no longer made any sense to continue, by now the situation was compromised. As soon as Maverick got on the Aprilia his head clicked, and all his bad thoughts vanished. "

There are a lot of expectations surrounding this challenge with Aprilia. What do you expect?

“Aprilia explained the project to him and I am convinced that he will be fast right from the start. They have worked exceptionally, we saw that two weeks ago at Silverstone, when Aleix took the podium. I am convinced that in 2022 it will be one of the most competitive bikes on the track and Maverick will be able to contribute to its development ”.

How disappointed are you about the end of his adventure with Yamaha?

"When he was at home with his daughter and wife, Maverick was happy and peaceful, there were no problems there. The problem arose when he had to go to the circuit, as he became sad. I was sorry to see him like this, in fact the best thing was to truncate the rapport. Unfortunately, the story with Yamaha did not end well, but that was the only way. Yamaha didn't give him the bike he needed to be as strong and competitive as he would have liked and you could see that. The problem was with Yamaha, as Maverick was in full harmony with the team and got along well with everyone."

Angel, if there hadn’t been Aprilia, Maverick would have had to stay idle until the end of the season…

“I would have told him to do a race here in Superbike as a wildcard. To be honest, I had already told him and I am convinced that he would have done it, accepting the challenge. Maverick is someone who loves to race, which is why I'm sure he would have come to this paddock. I can see how determined he is and he loves racing. Aprilia is the best choice for him ”.

Will you go and see him at Aragon?

“No, because I have some commitments in the next few days. I will watch him from home and I am convinced that he will be fast. Obviously it will be his first race with Aprilia, but his confidence is very high."

SCOOP - It's a no-go with Aprilia, Espargarò has already been replaced