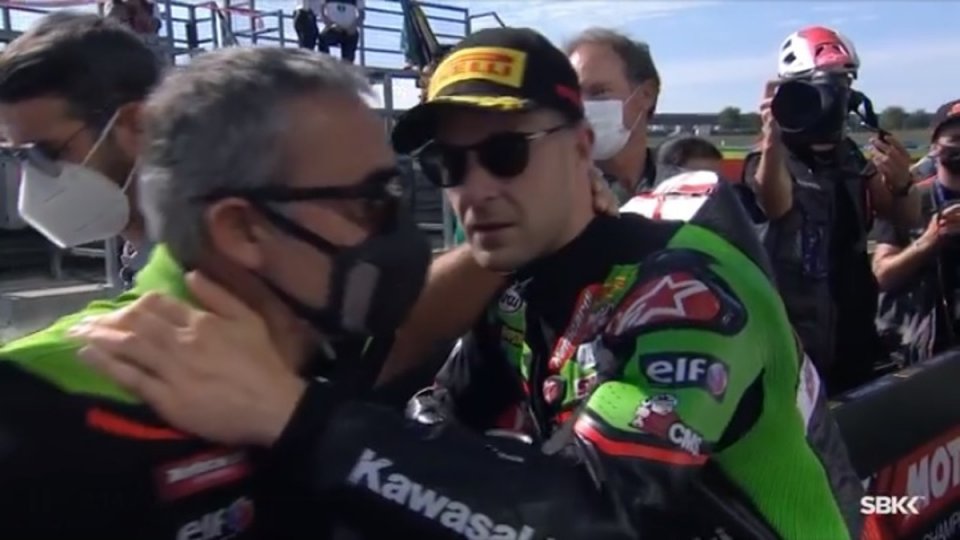 It was Johnny Rea who asked for Toprak's track limit penalty. The video highlights how the world champion, in the parc fermé, approached Pere Riba at the end of the Superpole Race to tell him that Toprak had gone beyond the limits of the track and to check the images with Guim Roda.

Guim Roda later made the complaint and Toprak was demoted to second place in the Superpole Race, losing 3 points.

What can we say? Congratulations to Dorna's cameraman who filmed this moment. But what about Race Direction, which didn't notice and waited four hours to make the decision?

Rea dirties with a bornout the 'green' that Razgatlioglu had cleaned