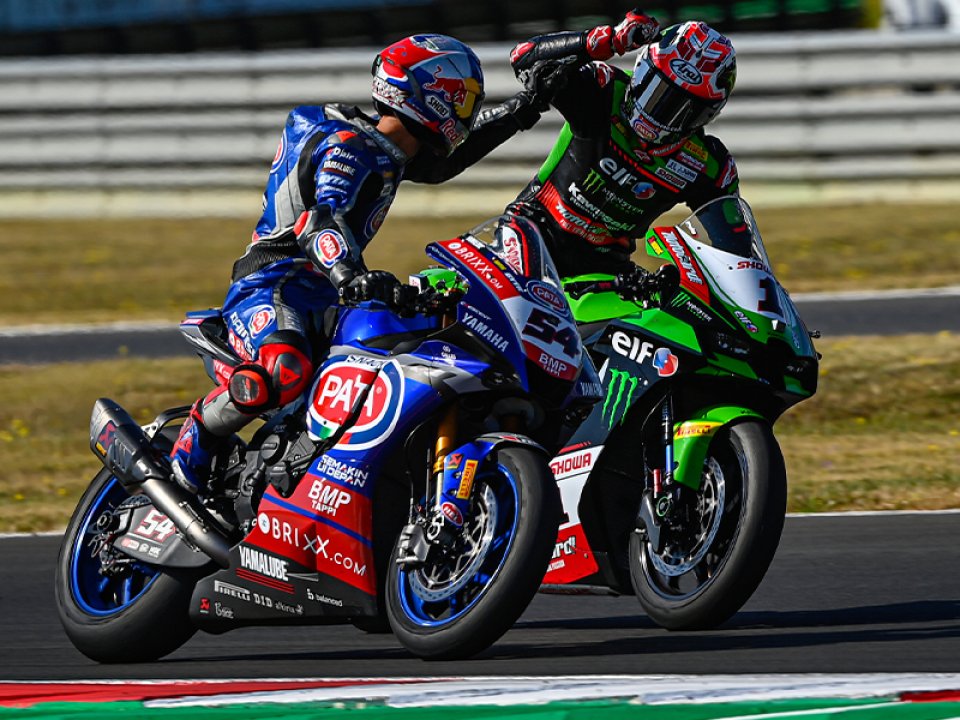 Four hours after the end of the Superpole Race, and after Race 2, Race Direction announced the decision to penalize Toprak Razgatlioglu, depriving him of his victory. Razgatlioglu was demoted to second place in the Superpole Race, which was then won by Jonathan Rea, reducing his gap from the Turkish rider to 7 points in the World Championship. 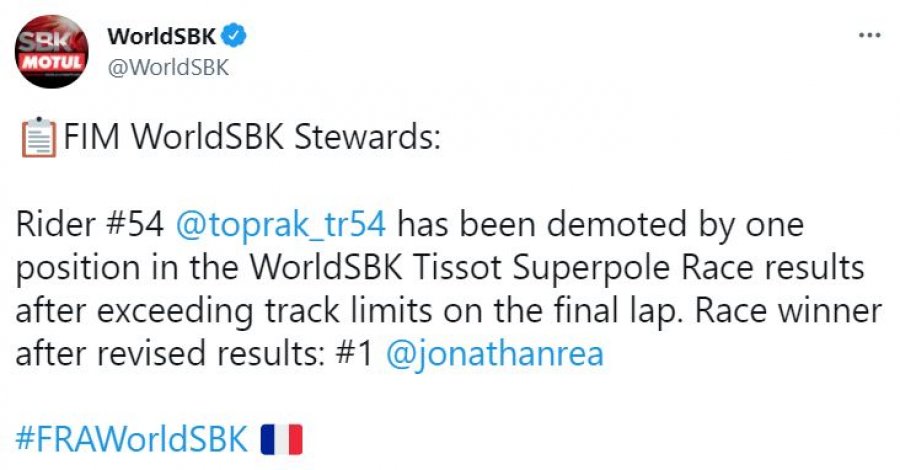 The Superpole Race ranking also determines the first three rows of the starting grid for Race 2. As a result, Rea should have started from pole position in Race 2 with Razgatlioglu in second position.