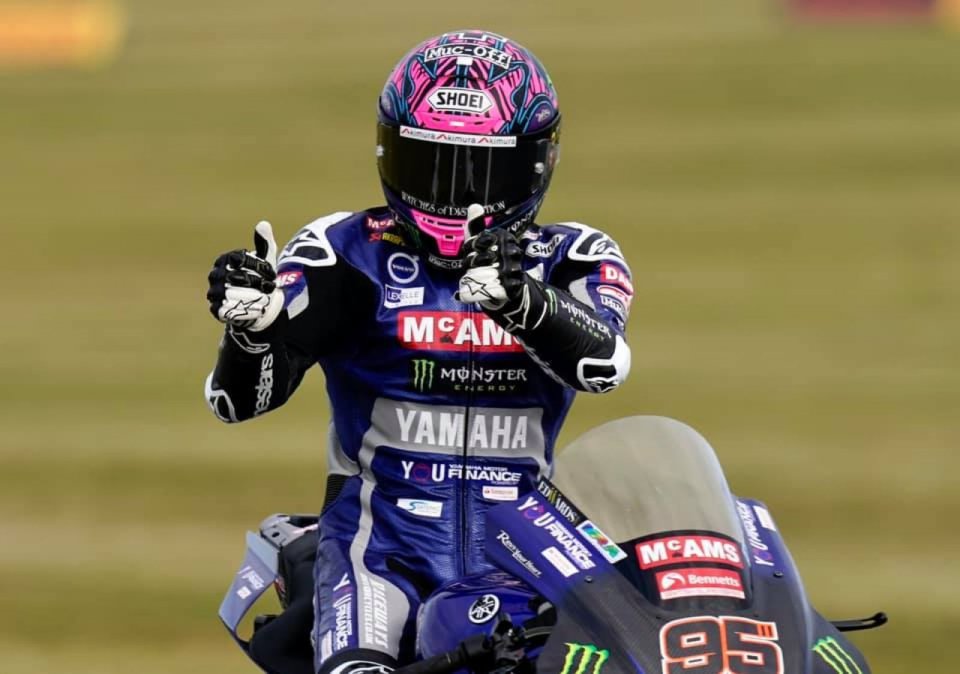 BSB is considered to all intents and purposes the most hard-fought, spectacular, electrifying domestic series on the planet and, as usual, Race 1 on the Snetterton 300 track (home to the seventh of the eleven rounds of the season) fully lived up to expectations with three riders arriving at the finish line in 95 thousandths and five in less than a second. Transformed into 12 laps of survival thanks to the retirement of most of the riders of the original leading group, today's heat saw Tarran Mackenzie return to success, edging out Tommy Bridewell and the championship leader Jason O'Halloran by a trifle , the latter beaten by the Ducati man right at the very end.

The BSB is forbidden for the faint of heart, but even today there was certainly no shortage of excitement along the 4.778 km former RAF airport circuit. At the start Christian Iddon ended up on the ground without consequences at Oggies. With his fifth zero in the last ten races, the VisionTrack PBM Ducati rider thus brought an end to a difficult day, conditioned since qualifying by a contact with team-mate Josh Brookes. As if that weren't enough, the same fate happened to the then record holder and poleman Glenn Irwin (Honda Racing UK) on lap 5, wiping out his dreams of glory.

Without forgetting the episode in which Gino Rea crashed at the Bomb Hole for hitting the rear wheel of Lee Jackson (who had slowed down due to a technical problem for Andrew Irwin), from that moment on there was a fierce five-way battle for the win until the final meters. Moving into the lead at Agostini on lap 8, Tarran Mackenzie (McAMS Yamaha) took his third win of 2021, at the same time climbing to second place in the ranking and giving a win to the Japanese manufacturer that had been lacking in Norfolk since 2012. Teammate Jason O'Halloran saw Tommy Bridewell (MotoRapido Ducati) overtake him in the dash to the line by just 0.026, after he recovered from the middle of the group and capitalized on the misfortunes of others.

The BSB protagonists will be back in action tomorrow for the remaining two races of the weekend, scheduled respectively at 13:15 and 17:30 Italian time. 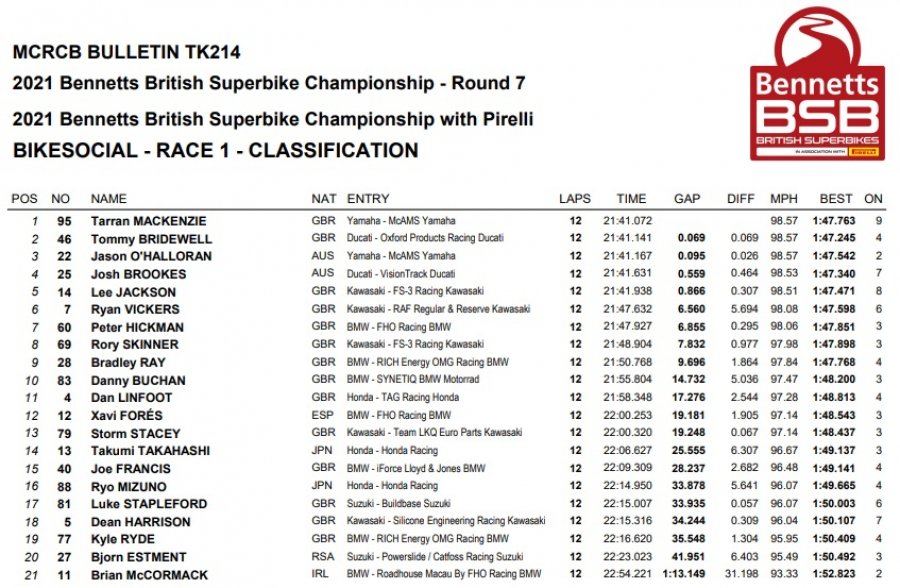