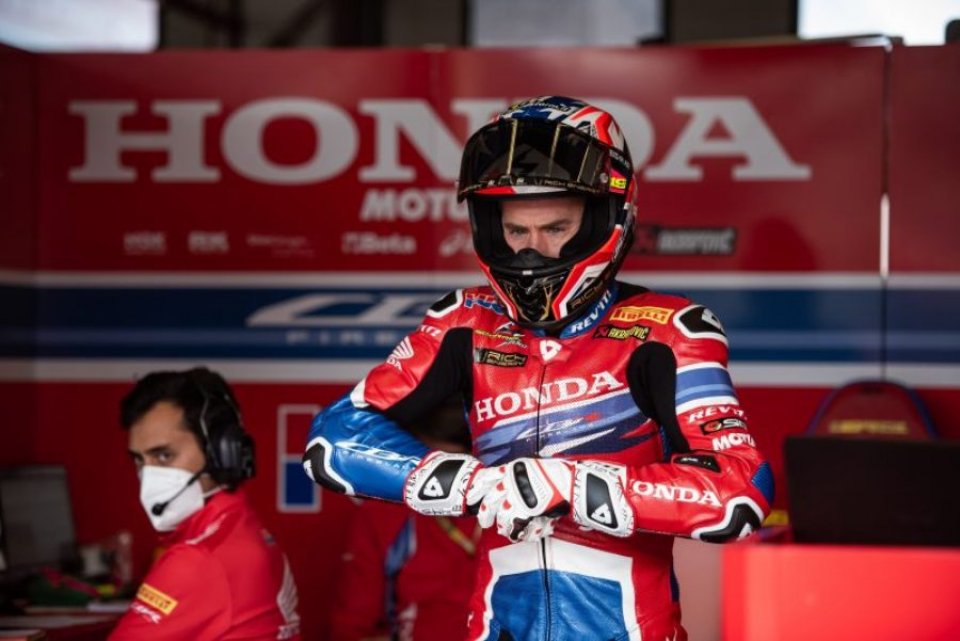 And to think that he started from 14th at the end of a troubled qualifying session. In Race 1 at Magny-Cours, Alvaro Bautista took to the track on the war path, winning a sixth place coming up from behind.

Despite the almost 20-second gap from the top, the Honda rider was really confident on the CBR 1000 RR-R, to the point of being satisfied with what he proved.
“During this weekend, we worked on the set-up, without changing anything, compared to the last race,” Bau Bau explained. “Today, in the race, I enjoyed riding the bike. Too bad I started so far behind due to the qualification, since I struggled this morning.”

But it was a different story in the race.
“In the afternoon, I had a good pace, especially in the first laps with the new tires, since I managed to stay close to those ahead and then overtake them. I think the other riders took advantage of SCX’s evolution one hundred percent, while we only did at eighty percent. We have to work to improve, since we could have been even more competitive in the first few laps from the start.”

On one hand, there’s the track. On the other, there’s the looming market. Everyone wants to know what Honda’s plans will be for 2022.
“I’m not the person who makes these decisions. Personally, I have nothing against anyone, although I hope Haslam is confirmed, since he has developed the bike and knows it well. If they change Leon too, that means having to start entirely from scratch. Leon is certainly a fast rider.”

Alvaro is pressed about Ducati.
“I’m happy for next season, even if I’m focused exclusively on this one right now. The Ducati? I don’t know if it’ll be the same as two years ago. I’ll tell you after the tests or in 2022,” he said smiling.

Meanwhile, work on the evolution of the CBR continues at Honda.
“From here to the end of the season, I’ll continue to develop the bike and, next week, we’ll have a test in Jerez to try out some new components. If the things we’re going to try work out, we could gain a couple of tenths to get closer to the podium. Personally, I’ll do my best from here to the end of the season, paying particular attention to improving my performance rather than my position in the race.”

His last thought was about Arilia’s podium at Silverstone last Sunday.

“I’m not surprised by their podium, since Aprilia is a very competitive and balanced bike in all areas. I’m happy for them. They worked hard.”