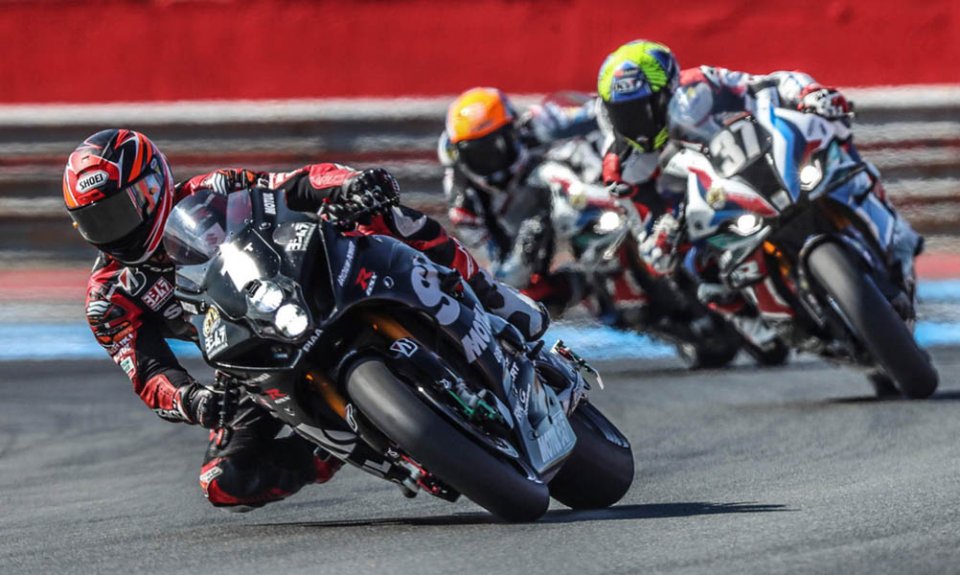 BMW Motorrad World Endurance Team’s line-up comprising Markus Reiterberger, Ilya Mikhalchik and Javier Forés, who were already in the lead on Tuesday evening, posted the best performance on Wednesday afternoon, a 1:52.484, thereby already setting the pace for the 2021 Bol d’Or at the private test stage.

Yoshimura SERT Motul (Gregg Black, Xavier Simeon and Sylvain Guintoli) were the only other team to compete at this level, with a 1:52.536 lap.

YART–Yamaha Official EWC Team also set a cracking pace with a 1:53.018. The Bol d’Or is a very important race for Niccolò Canepa, Marvin Fritz and Karel Hanika after a tough start to the season that has made them suffer a setback in the race for the world title.

Tati Team Beringer Racing were the big surprise. The Kawasaki-mounted independent team who have often been among the front-runners since the start of the season were once again in the leading pack with Alan Techer, Sébastien Suchet and Morgan Berchet posting a 1:53.453 lap.

The two privateer teams were ahead of Webike SRC Kawasaki France Trickstar and F.C.C. TSR Honda France, respectively 1st and 2nd in the provisional FIM EWC standings, who will be formidable rivals in the race.

With the 8th-fastest performance of the tests, VRD Igol Experiences also set a good pace just ahead of Team ERC Endurance-Ducati. The factory Ducati team were slowed by a spectacular crash for Louis Rossi. The French rider was injured and will not be able to take part in the Bol d’Or, which starts in two weeks’ time.

The two fastest Superstock teams, Team 18 Sapeurs-Pompiers CMS Motostore and BMRT 3D Maxxess Nevers, made it into the Top 12 of the tests, one ahead of and one behind the Swiss EWC team Bolliger Team Switzerland.

Not all the teams were present at the private tests, but going by the high level of performance, we can expect an exceptional Bol d’Or on 18 and 19 September.