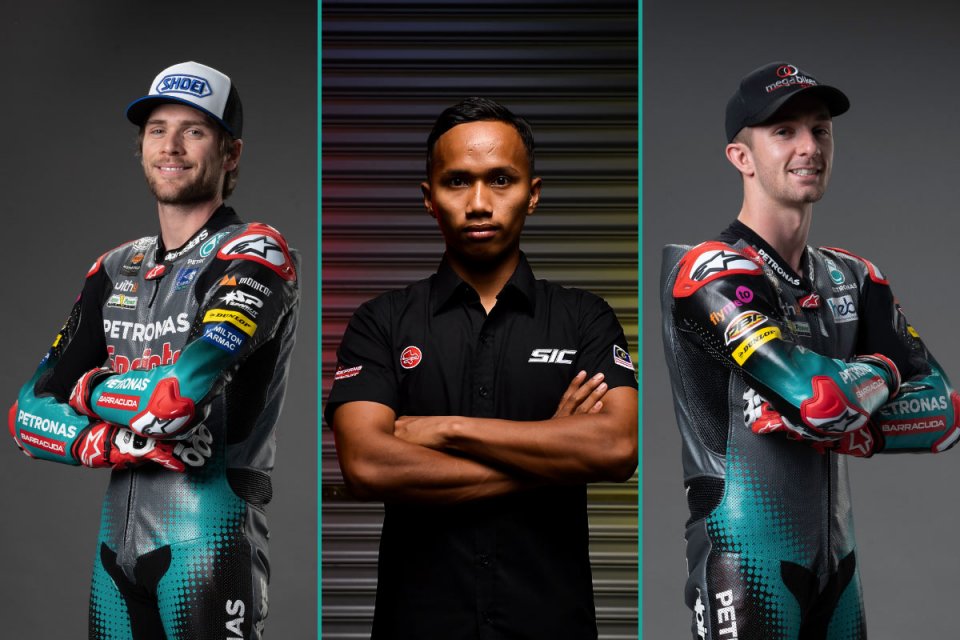 The Petronas team will once again have to do without Franco Morbidelli at Aragon and for the GP in Spain it has decided to continue with Jake Dixon, who made his MotoGP debut at Silverstone alongside Valentino Rossi. The Briton’s move to the premier class, however, has left an empty seat in Moto2 which will be taken by John McPhee, who will thus make his debut in the intermediate class, racing together with Xavi Vierge.

At this point only Moto3 is missing in this puzzle and on the Petronas Honda in this case there will be Syarifuddin Azman, a young Malaysian rider who races in CEV and who will have the opportunity to tackle the World Championship for the first time, sharing the garage with Darryn Binder.

“The current dynamic status of the team allows some exciting opportunities for our riders and also new talent – explained Razlan Razali - We were satisfied with Jake’s MotoGP debut at the British Grand Prix so want to give him the opportunity to continue his learning in the MotoGP class in Aragon. This of course leaves a space in his seat in Moto2 which we wanted to give to John, who will make his Moto2 debut. Subsequently, this leaves a perfect platform for us to lend his seat to Syarifuddin Azman. Azman won one round in Barcelona of the FIM CEV, and I think it’s a great chance for him to gain experience to determine his level in the Moto3 World Championship. We are excited by the prospect of giving exposure to our young riders and we wish them all the best.”

John McPhee commented: “It’s a fantastic opportunity for me to try the Moto2 bike in Aragon. As with every rider, it’s their dream to progress through the categories, and I feel like I am at the level, and have the ability to make this step up to Moto2. Of course, the challenge will be extremely difficult because it’s my first time ever racing a big bike, with my only real experience being 15 laps of Barcelona in 2019 which was a ‘thank you’ from the team after my win at Le Mans. I’m really excited and motivated for the challenge and really looking forward to trying the bike. There’s no real expectation, I’m just going to enjoy it a lot and feel like if I can improve session by session and keep closing the gap with the fastest riders, then this will be a job well done. Thank you to my team for this opportunity.”

Syarifuddin Azman declared: “I am so happy and so excited to race in the Moto3 World Championship and I want to say thank you to Petronas Sepang Racing Team for giving me this opportunity. It’s a very valuable chance that doesn’t often come along, so I am working even harder to give my best for the race.”