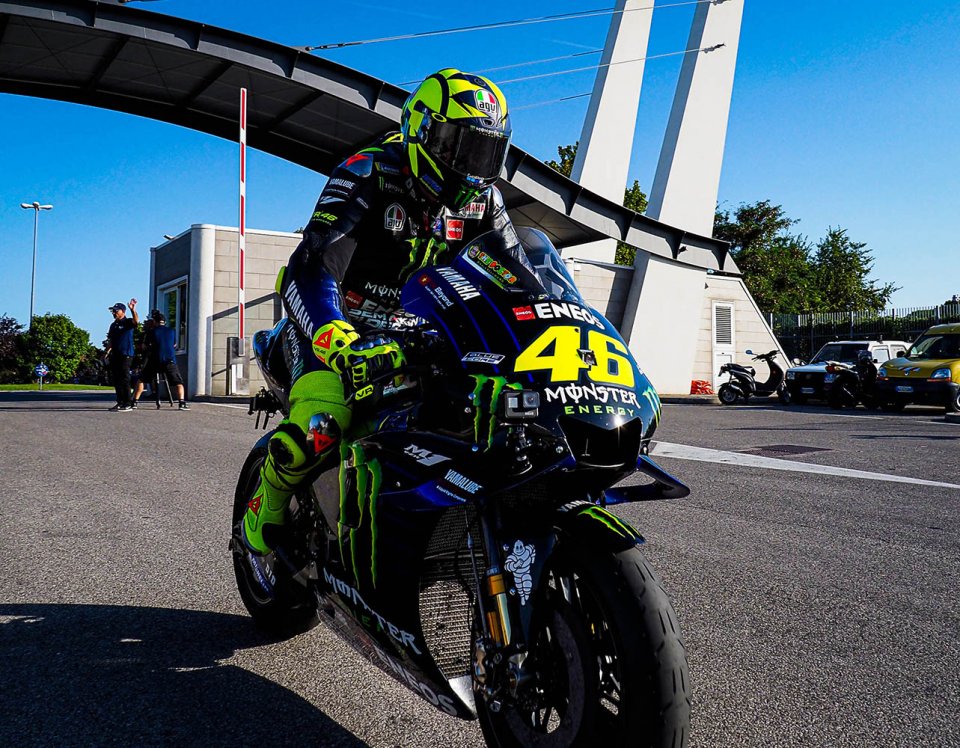 With the 19 September event looking like being fully sold-out, presales will get underway for the Grand Prix on the second date of 22-24 October at 12 noon tomorrow Thursday. The event will also mark a moment in the history of motorcycling as it will be Valentino Rossi’s final appearance at the Riders' Land circuit. It will be a historic weekend and is sure to be an unforgettable moment all round as the fans say farewell to one of the greatest champions in the history of Italian sport.

The exact naming of the Grand Prix and the traditional poster, designed by Aldo Drudi, will also be defined in these days.

At the moment the daily entrance number of fans is the same, 25,000 as per government decree, all in the stands with no grass area access, in accordance with the 'Safe Project' which allowed - the first circuit in the world and earning the praise of the Italian government for its overall attention to safety - the presence of fans at the 2020 GP. As already happened at WorldSBK in June, mobile laboratories will also be set up for the possible need for quick swabs and in order to facilitate access.

Tickets are available by visiting the pages dedicated to the event on the website www.misanocircuit.com and on the TicketOne.it platform

All the information for accessing and staying on the circuit are also available on the MWC App, downloadable for IOS and Android, which also includes parking info for each individual grandstand.

There are no price differences between the two rounds and also in the second event the Family promotion is confirmed, allowing under-12s to enter the stands at a cost of 5 euros. Again to make it easier for families, in the Tribuna Gold there is a 10% discount for young people between 13 and 16 years of age.

PHOTO - Valentino Rossi returns to”'his” Misano, on the track with the...