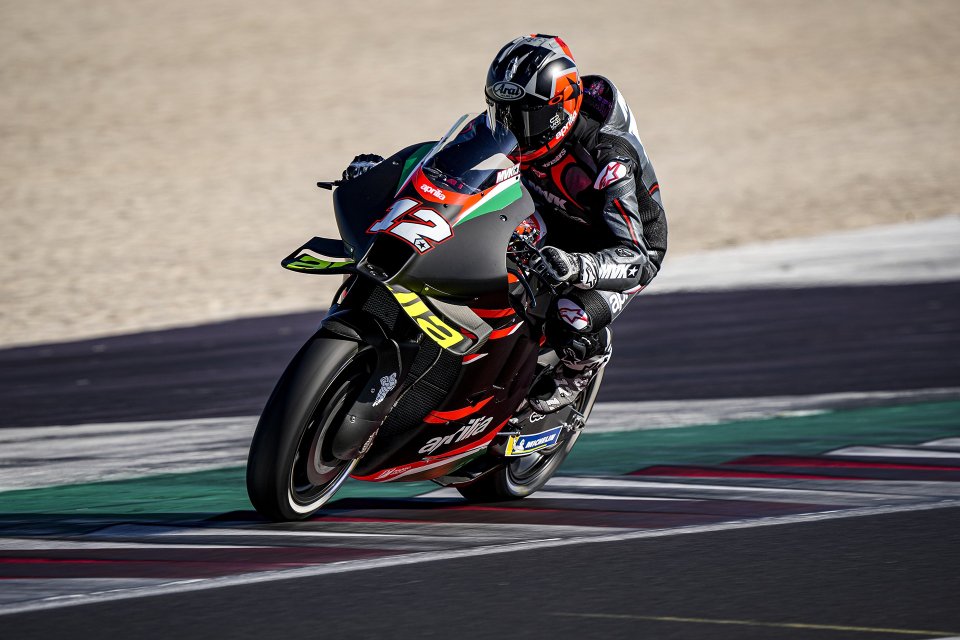 Yesterday he could only just sit on the RS-GP on its bike stands in the Misano pits, but this morning he started to get serious. Maverick Vinales could not wait to start his adventure with Aprilia and found a wonderful day to let off steam around the Marco Simoncelli circuit and start getting familiar with the Noale bike.

For the Spanish rider it is the first time on a MotoGP with a V4 engine (Suzuki and Yamaha have in-line units) and then there is so much to discover on a bike that has already proven to be competitive. In addition, these two days of testing will also help him get to know the team, as well as decide when to throw himself into the fray of a Grand Prix.

Vinales will also have some good benchmarks to go by in these two days, because on the track with him are Michele Pirro with the Ducati, Dani Pedrosa and Mika Kallio with the KTM and Stefan Bradl with the Honda.