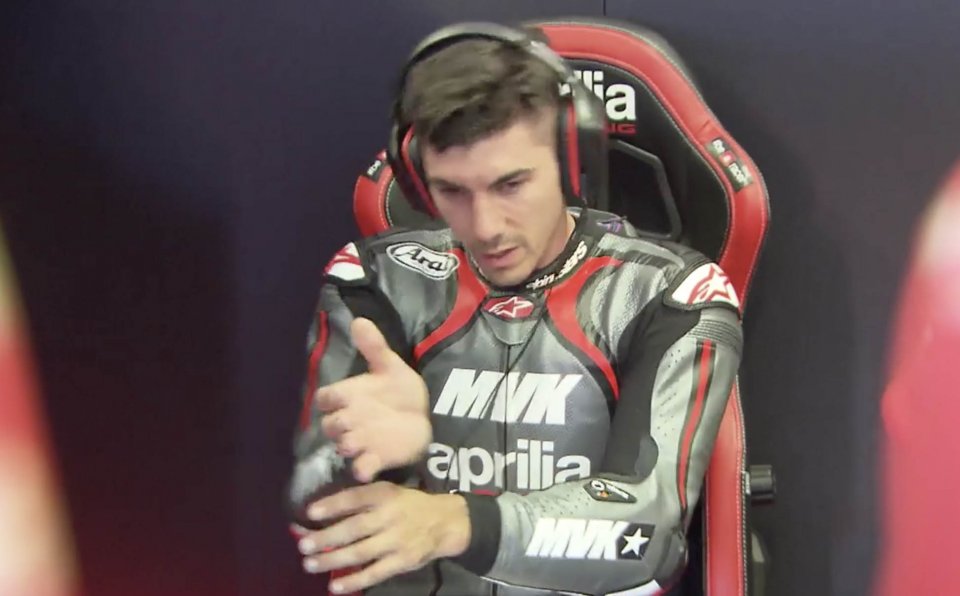 A total of 65 laps, then a stop due to the rain. Best time of 1'33.0, good general feeling. In a nutshell, this is the summary of Maverick Vinales' first day of testing on the Aprilia.

It seems that the former Yamaha rider did not require any major changes, other than the usual fine-tuning of details. As always when it comes to the first few times it was a matter of making contact. Rider requests will come later, even if Romano Albesiano said he was satisfied that Maverick did not encounter any particularly important problems for the attention of the technical manager.

The day of Mav’s debut is not yet certain: there is talk of Aragon, Vinales hopes so, but there is still no certainty.

Should this desire come true, there would be a first confrontation with his teammate - always the first rival of every rider – which is particularly important because Aleix Espargarò witnessed the birth and growth of the RS-GP.

Never as in this case, will time tell. Testing continues tomorrow.