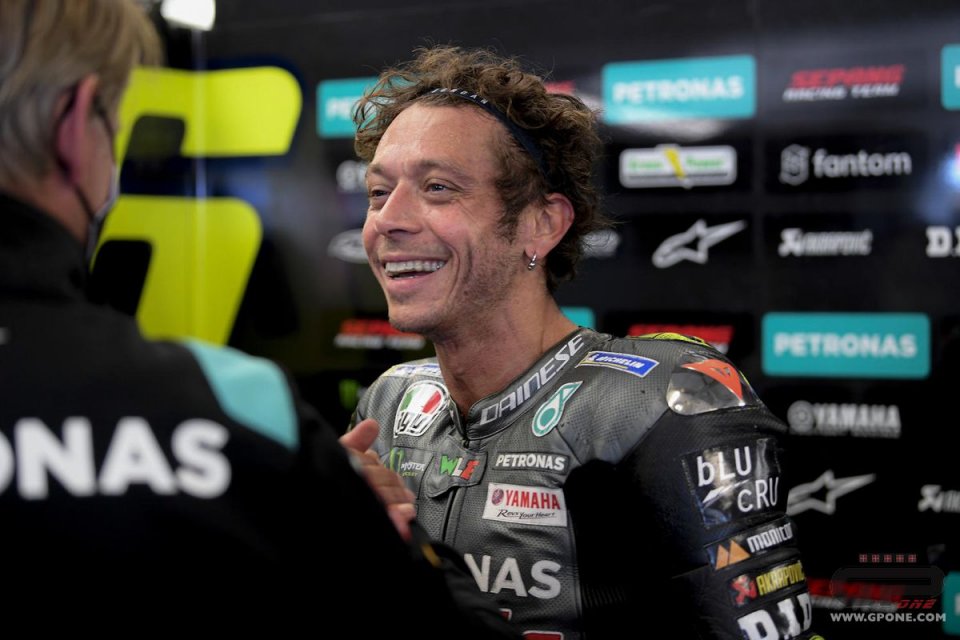 Valentino Rossi and all the rivals he has faced in his career in the top class. A really long list, which can count 175 names and which BT Sport showed him at Silverstone before the British Grand Prix. Rossi read the list, telling a few episodes about some of these rivals and also which ones were the strongest, hardest to face and maybe beat.

There is the entire MotoGP firmament, the stars of 500cc and all those rivals who have accompanied Rossi throughout his career which is now coming to an end after he announced his retirement at the end of 2021. HERE you can see the video of the interview with BT Sport.

"John McGuinness! Yes, I am always in contact with him. The TT is very similar to the Panoramica, close to Tavullia. Where we learned to race with a scooter, but it is not a track, it’s a normal road, but it's similar to the TT. But I don't want to race against McGuinness at the TT, he's too fast. "

Scrolling through the names, Valentino focused on that of Alex Barros

"Another one I want to say is Alex Barros, one of the riders I learned from. How to brake and enter into the corners because he was very fast. Colin Edwards is very funny also outside of the track, I always enjoy with Colin. Then there's Nicky Hayden. A great shame because he was a very good guy.  Gobert … mamma mia! The Go-Show. I did a party with him in Rio, but it was difficult to stay in his slipstream! Difficult but funny!! He was a good guy ".

Then on to the rivals of modern-day MotoGP, with Stoner and Lorenzo.

"Casey Stoner was one of the most talented and difficult riders to beat, because for me about the pure talent he was unbeatable. And Lorenzo. I don’t deserve a teammate like Lorenzo in Yamaha after what I do for Yamaha. I need one a little bit more slow. "

When Simoncelli's name appears among the names, you can clearly see the emotion emerge on Valentino's face.

"Then there is SIC, Marco. Very bad, a disaster, also the way it all happened. It was a great shame".

Obviously, he arrived at the name of Marc Marquez and it seems that peace is still a long way off between the two.

"Marc is a great rival and he's very fast, one of the best. But I don't feel very well with Marquez on the track, he's difficult to battle. I think another 20 or 30 years before we get along."

Then there are the young guys of the VR46 Riders Academy, who will inherit Valentino's legacy.

"I am very proud of this, because at the end of the season when I finish it’s like something of me remains. They are now real athletes, for what they do in their day, on the bike also. And this changes things a lot even when I am on the bike, because they go faster, they are better ".

The final curtain was when the name of the only rider Rossi has never beaten in race is revealed.

"You mean there is one rider here I've never beaten in a race? More than possible, this year I'm always behind! Who can he be? Martìn? Quartararo no, because I beat him in the past. Gerloff? OK, he only did one race, now I’m more relaxed, but I was in front at Assen before I crashed! ".

Ixon, the supplier of Aleix Espargarò's suit, has revealed data from his crash at Silverstone. The airbag deployed in 950 milliseconds
19 hours 51 min ago