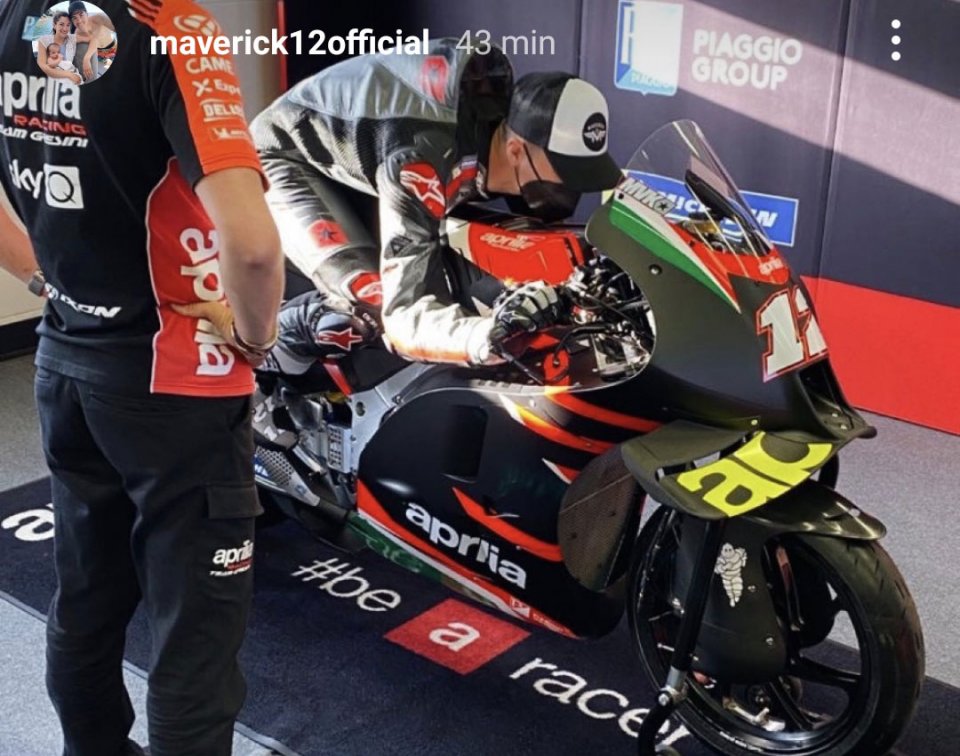 Maverick Viñales couldn’t wait to get on the Aprilia RS-GP today, even if he was still on the stands in the Misano pits. He arrived in Italy and went straight to the circuit for the first (static) tests on Noale’s MotoGP. Everything is new for the Top Gun, and today he sized up the Aprilia, to figure out how to adjust the riding position according to his indications.

But tomorrow they’ll start getting serious with the first of two days of tests scheduled on the track in Romagna. These will be important tests, since their outcome will influence plans for the future. Massimo Rivola, CEO of Aprilia Racing, said that the possibility of seeing Maverick in the race in Aragon in about ten days can’t be excluded, but the track will be the decisive factor.

Viñales will definitely get on the RS-GP at the best moment, after the podium won by Aleix Espargarò at Silverstone, and we won’t have to wait that long to see him in action. 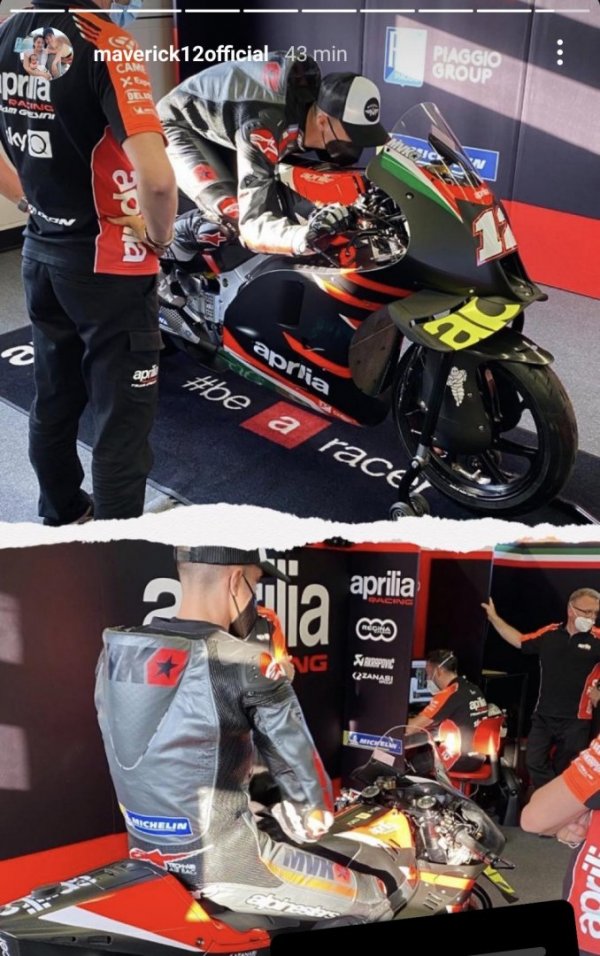