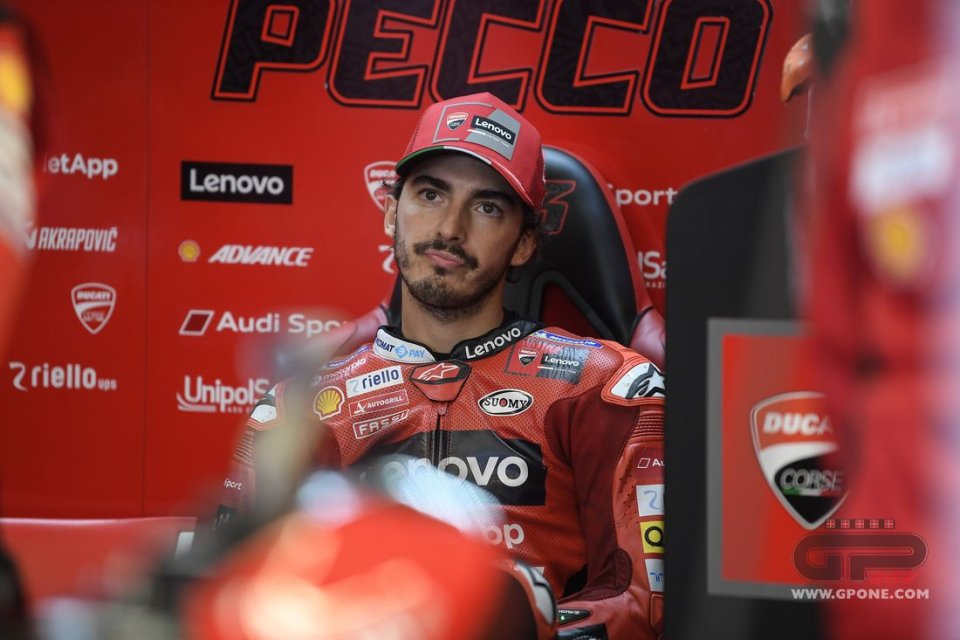 Pecco Bagnaia looks like he's about to explode, but he manages to hold himself back. His race couldn’t have gone any worse than it did and what is certain is that neither he nor the Ducati is to blame: having eliminated these two elements, only one more remains: the tires. Pecco had a good start, he seemed ready to fight for the podium and he was doing just that for the first third of the race. On lap 7 he slipped down into sixth place, on lap 13 he was eighth then he disappeared even further down, until he crossed the finish line in fourteenth.

“It seems clear to me that today something wasn't working – thundered Bagnaia - I felt strong all weekend, in free practice I always lapped with used tires and today I was three seconds a lap slower. I don't know what happened, we still have to talk to Michelin and look at the data, but in a championship like MotoGP everything should be top”.

Other riders also complained about the tires.

“I don't know what happened to the others, I'm just saying that this weekend everything was going well. In Austria there was a different casing for the rear tire and there were more problems, but not here. Yesterday, in qualifying, Miller struggled and today it happened to me, I know that Valentino also had problems. I don't know anything else, we need to talk to Michelin ”.

“On the contrary, it was lucky that I used it. Quartararo dominated the race with that tire and I had used it all weekend, even in qualifying, getting good sensations from it. The problems I had at the rear as the bike was going away from me on corner entry. We have already checked the pressure, and it was right ”.

Now Quartararo is far off in the standings, 70 points away...

"He hasn't won the championship yet but he has a good lead, but that doesn't make me lose my ambition to be in front of him. Fabio at the moment is the strongest, he is always in front and has no problems whatever conditions we find, but we have to think positively even if this is difficult: you can do the best possible job, but then something always happens in the race ”.