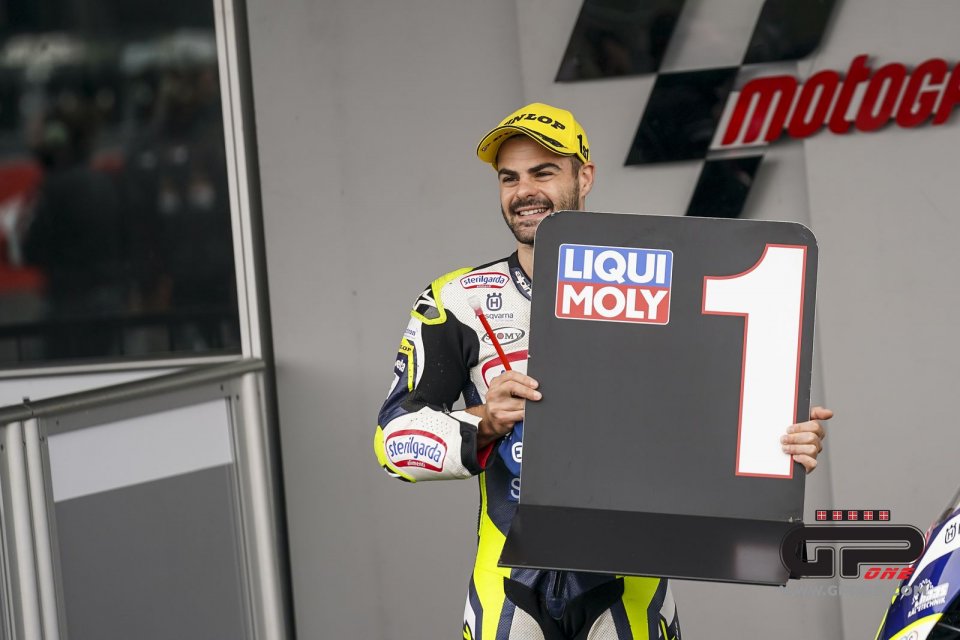 Three years after the last time in the Moto3, Italy was able to rejoice again with an all-Italian podium. In Silverstone in England, the podium was monopolized in a tricolor GP from the very early stages, also thanks to an unfortunate Andrea Migno and Riccardo Rossi, who were able to finish in the top ten. And so, in a truly exciting summer for the Italians, the British Moto3 GP “is coming home”, Dennis Foggia said jokingly. “Being on an all-Italian podium is beautiful, and Niccolò and I race together in the mini bikes. We did the MiniGP, the European in the 125, and now the World Championship, and we’ve always fought for our goals. It’s fantastic,” Fenati said.

For Romano, it was the icing on the cake in a simply perfect weekend: “It has certainly been a fantastic weekend. Repeating another one like this will be almost impossible,” he explained. “Yesterday and today, the sensations on the bike were excellent. Today there was more wind, and staying in front was more difficult. I’m more than happy. I don’t know why, but this weekend, and the previous one as well, I felt better being alone. The feeling was excellent from the first lap of the weekend, and we didn’t change anything on the bike.”

Romano admitted that he didn’t feel the pressure of having to win after a weekend he commanded since the FP1: “After the warm-up, there was a bit of pressure because I finished in front in all the sessions, but I didn’t feel it. On the grid, with the team, we joked around, and the pressure disappeared.”

It was also an amazing weekend for Niccolò Antonelli , who has gone from the risk of having to be a spectator to an extraordinary podium.

“Honestly, I’m really happy. It’s like a victory for me. At first, I wasn’t even sure I could race here because my hand is still broken, even if the situation is better than a few weeks ago,” Nicco said.  "The race was very fast and it helped me. If the group had remained compact, I would’ve had to fight and try to overtake, and it would've been difficult with this hand. However, I had the speed to stay with Romano until the end, and that was important, He did an incredible job, and staying with him made me very happy. The all-Italian podium? I think like Fenny. I’ve shared the track with him a long time. Today I wanted to attack him, but it was impossible. He was very strong, and my hand wasn’t in good shape, but I’m happy to be on the podium with them.”

Antonelli wasn’t able to reach his best result of the season by doing better than the Doha GP in April, in which he finished third. The result of a risk that Nicco wanted to take in the days before the GP:

“We took a big risk after Austria. I had a broken hand but, with the VR46, we decided not have surgery, because I’ve already had lots in the past, and we thought it would have been better this way. But it was a risk because, without it, I would have had to stop in Aragon or Misano. I asked to test here at Silverstone. We worked a lot, and that helped me a lot for the weekend. We took a risk, but it paid off because I won the podium.”

Mir: “Perfect weekend, winter tests for Suzuki will be challenging.”

Fenati: "Valentino Rossi and Max Biaggi, so different and so alike"