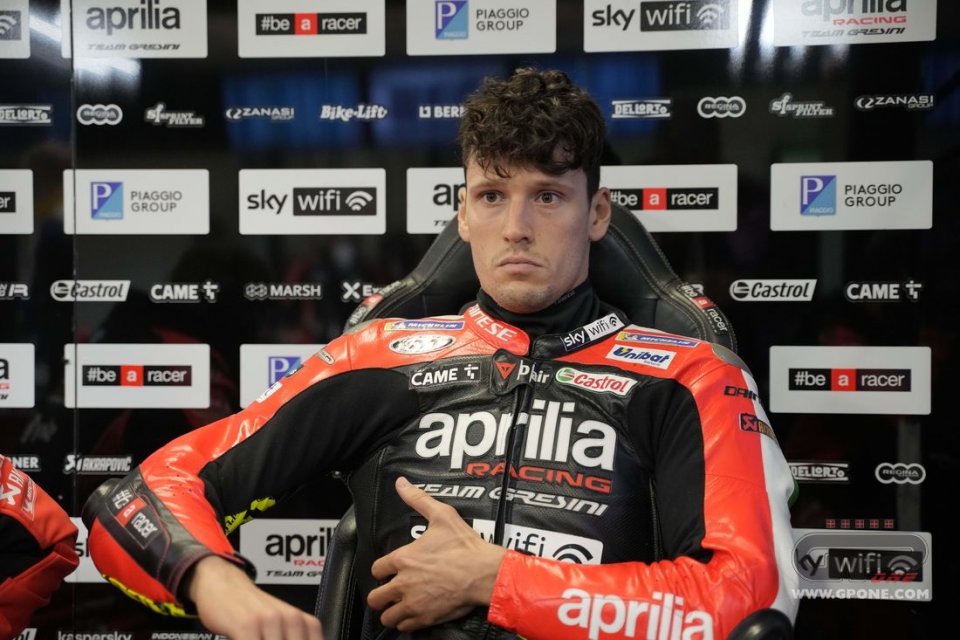 Lorenzo Savadori made an attempt: yesterday he gritted his teeth despite the pain he was in because of his ankle after the Styrian GP, but he had to thrown in the towel. The Aprilia rider had to admit that his physical condition won’t allow him to ride a MotoGP and has decided to retire from the Silverstone Grand Prix.

Lorenzo fractured his right malleolus during the Styrian GP and got back on the RS-GP yesterday for the first time. He had managed to do 11 laps in the FP1 and 7 in FP2. “I can’t ride normally. We’ll see what I have do,” he had told us. Unfortunately, his conditions don’t allow him to ride normally, and the English circuit certainly doesn’t help, with its high-speed changes of direction in which you have to really push on the footboards.

Savadori will now try to recuperate his best physical form for the Aragon GP, scheduled two weeks from now.