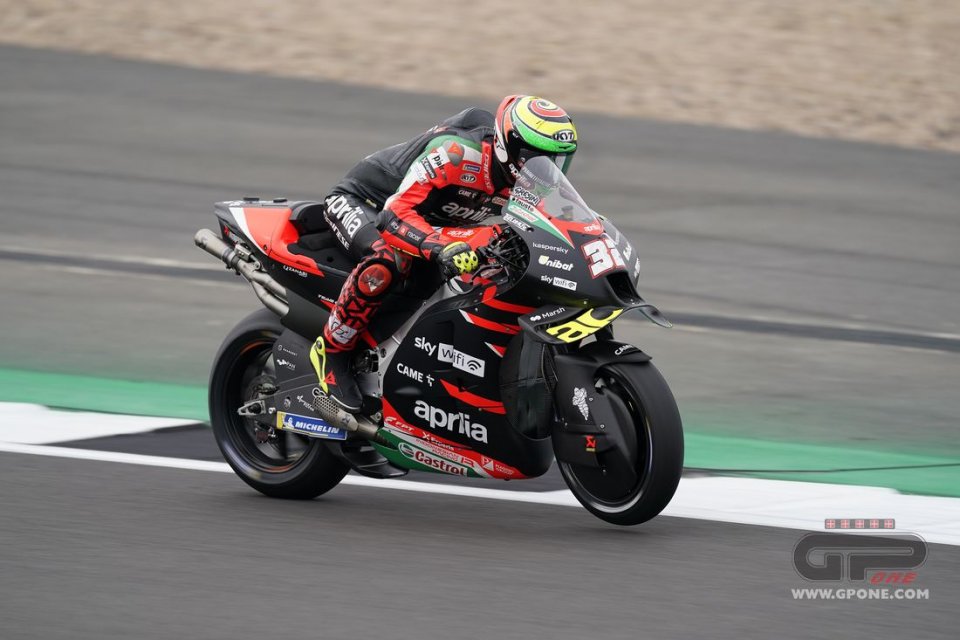 It was not an easy day for Lorenzo Savadori, who was back in the saddle after surgery on the bone fracture in his right ankle he picked up in the Styrian GP. His physical condition is not good and in the first free practice session he only managed 11 laps, 7 in the second.

"I expected to feel in better shape - admitted the Aprilia rider - At home I did my best to get as ready as possible, but when you ride a MotoGP bike, you put a lot of strain on your ankle and today I didn't feel good."

Silverstone, also, is not exactly a favourable circuit for those with some physical problems…

"For sure the track doesn't help, there are some high-speed changes of direction where you push on the ankles and I feel pain - confirmed Lorenzo - I expected to be more in shape, but some things you can only realize in the saddle and to ride a MotoGP bike at 100% you have to be well. In FP2 I did not lap much so as not to worsen the situation, for sure my ankle is limiting me ”.

And the last time in both sessions is the litmus test of his difficulties. The road to the race is only at the beginning and as it’s all an uphill struggle, Savadori does not know if he will reach the finish.

“Today I took some painkillers, tomorrow maybe we will do some other treatment, we are also changing my boot and the position on the bike - he said – As for racing on Sunday, we will decide after each session what to do, the goal is to try to decrease the pain so that we can ride normally ".

Michelin’s Taramasso admits there was abnormal tire wear at Silverstone