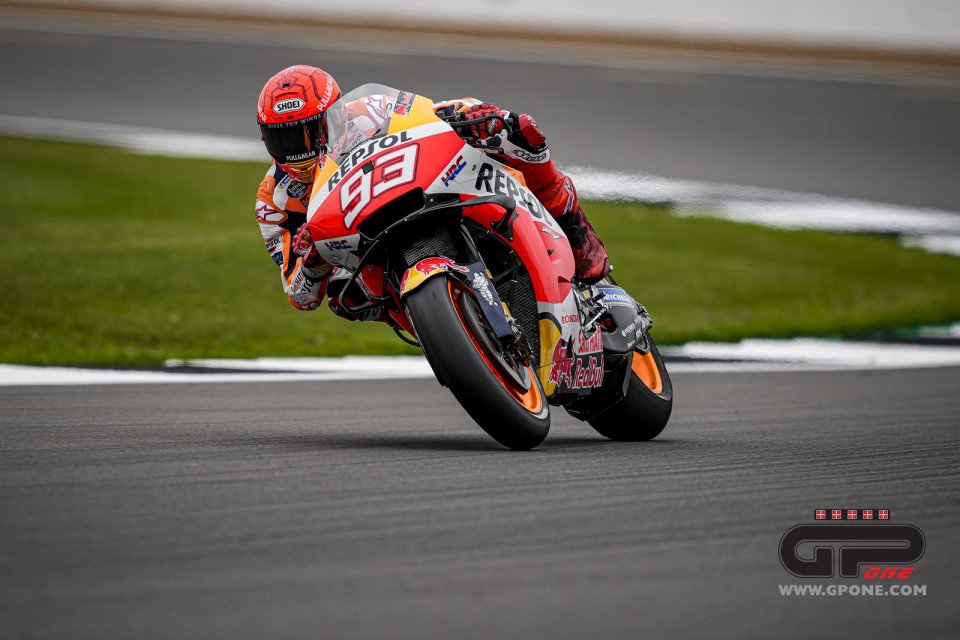 Falling at 270 km/h but still ending the day with a 5th time is not a trivial matter, even for a rider like Marc Marquez.

The accident occurred during the FP1: Marc lost the front at a very fast point and, after crossing the ride-off area - as he tumbled with his arms crossed over his chest, protecting his shoulders, which is common practice lately - he stopped at the next bend, in a cloud of dirt.

Despite the fall, Marquez got up immediately and walked away from the crash site, apparently without a scratch. In fact, in the FP2, he didn’t seem to have been affected by the accident. But, then, at the end of the day, he preferred not to speak to the press and recorded an audio, revealing that he had gone to the hospital anyway.

“Today I felt really good from the start,” the eight-time world champion stated. “I also had a lot of energy and felt like I was riding the way I wanted. It’s true that I had a bad fall in the FP1, but the problem was that I got sand in my eyes. Immediately afterwards, I was tearing up and, in fact, I wasn’t able to ride at my best in the FP2. My vision was okay, but I still went to the hospital to have my eyes cleaned. Now I have to keep them closed for a while, and let’s see if I can keep this level until Sunday.”

Then Marc spoke about his form in more detail.

“I said it yesterday  as well. My shoulder didn’t bother me much. The fall in the FP1 ruined my plans a bit. But I’m happy with how the first day went. The bike works well at Silverstone.”