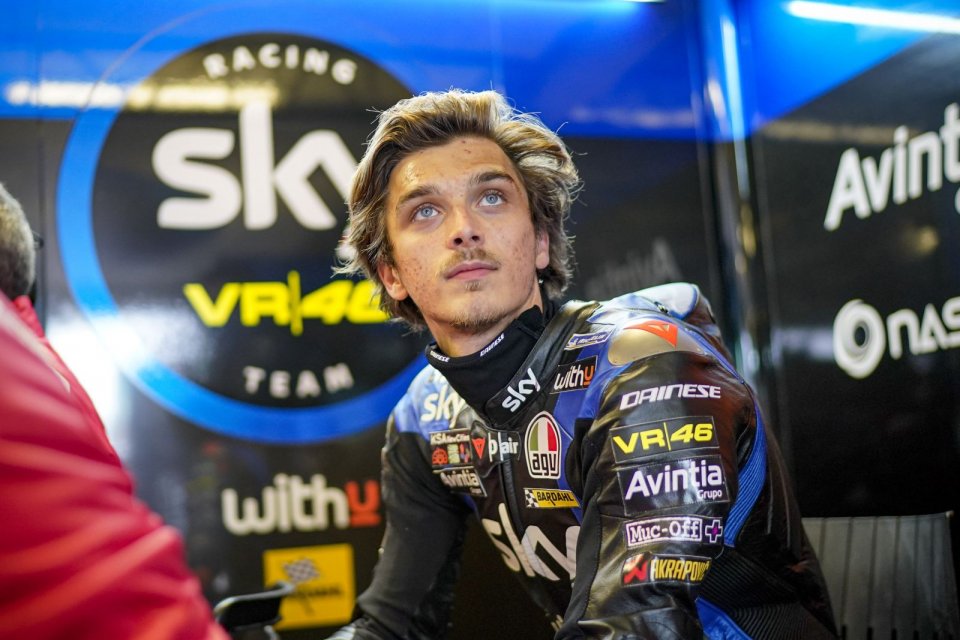 Back on the calendar after its forced absence last season due to the COVID-19 emergency, Silverstone once again welcomed the stars of the World Championship. During the debut in the master class, Luca Marini said he was really satisfied with the first impressions he had in Friday’s free practice, a system that showcases the power of a bike like the Desmosedici through its prerogatives.

“This track is fantastic, I like it. You can understand the true potential of a MotoGP. I didn’t like it very much in the days of the Moto2, but I enjoyed it today. The grip level is poor, the temperatures low, but I tried to understand the ideal lines to ride, while I pushed to find the lap time in the afternoon. I had the potential to be in the top ten, but I wasn’t able to overtake Alex Marquez, who was experiencing some problems on his bike. I think tomorrow will be better.”

SKY VR46 Avintia’s rider finished in 17th place, to be taken with a grain of salt, because of what was mentioned previously, one second behind the 10th place of his brother, Valentino Rossi, with whom he rode together throughout the day.

“It would be exceptional to enter the Q2, moreover, on a track that’s not exactly favorable like Silverstone, but there are several riders capable of winning. It’s difficult to get the rear tire in the right working range due to the cold. I hope that the tires with more grip will help us, as well as the presence of fewer clouds in the sky. I completed just one lap behind him. I was able to specifically notice the differences between the Yamaha and Ducati,” he concluded.

After the unfortunate epilogue of the Austrian Grand Prix, Enea Bastianini wants to quickly forget what happened. Today, he followed up on his good sensations, taking home a 12th place, just two tenths from Valentino Rossi, who occupies the last useful place to access the decisive Q2.

“Overall, it was a positive day, even if the typical English weather affected our work. I’m happy to be back at Silverstone three years after the last time,” he stated. “This morning, we started on the right foot, making progress towards fine-tuning the set up and gaining confidence with the track again.”

At the same time, Avintia Esponsorama’s rider went ahead with the work program for Sunday, where climatic conditions will play a crucial role in the strategies.

“In the afternoon, I tried the hard spec, without success. With the rear medium, things improved. I had excellent sensations even with the soft. The top ten isn’t too far. I think I can have my say tomorrow. We have to continue in this direction.”