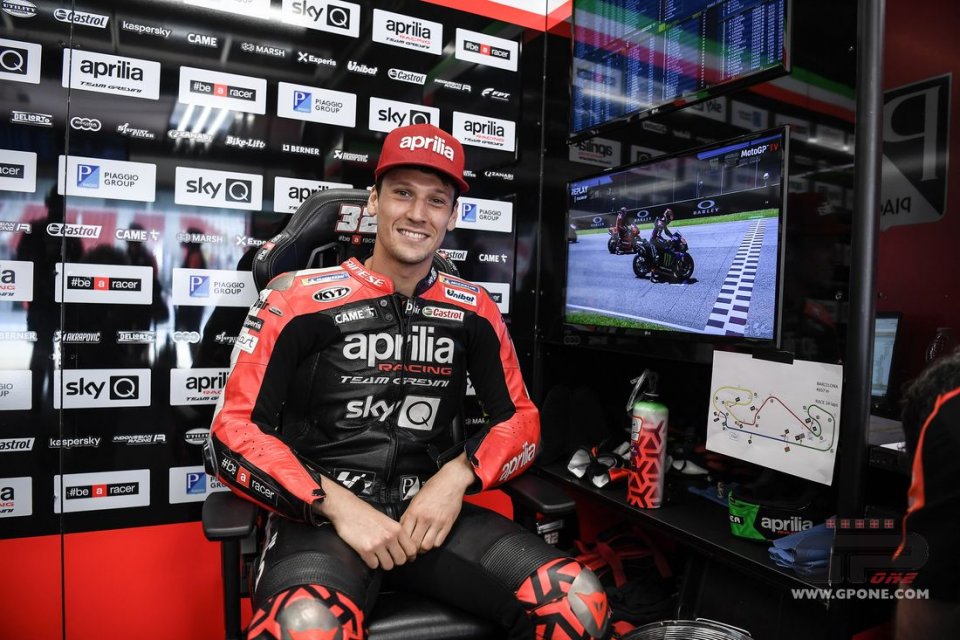 The doctors gave Lorenzo Savadori the okay to race at Silverstone, after he underwent surgery on his right malleolus twenty days ago. The worst is over, so to speak, because he’ll only be able to understand the real conditions of his ankle tomorrow, when he gets on the Aprilia RS-GP for the first free practice session.

“I passed the visit, but now we need to figure out how I will feel on the bike,” he explained. “I still feel a little pain, but if it’s just pain, I’ll grit my teeth. The most important thing will be the sensations in the saddle, and I can’t wait to race on this one. I haven’t done it for a long time.”

If tomorrow Lorenzo can get the answers he’s looking for regarding his physical condition, he’ll still have to see about the future. The news of Aprilia taking on Viñales for 2022 excludes him from the team for next year, and it’s not yet clear whether Maverick can already take his place this season, after the test at Misano.

“Honestly, it’s not something I talked about with Aprilia,”  he stated. “My priority is to stay in the MotoGP. I'm coming from the CIV, and I’m the most rookie of all. I’m just starting to get a hang of the bike, and I can become even stronger. For the moment, I’ve already demonstrated that I can stay in the MotoGP, and I know I can give more.”

The problem is that there would only be one place as a test rider in Aprilia, with bonuses of six wild cards per season, considering that they can take advantage of regulatory concessions.

“I’d like to race full time, especially now that I feel more at ease,”  Savadori specified. “I can understand Aprilia, an opportunity presented itself with Viñales and they jumped at it.”

But Lorenzo has to make a choice if he wants to stay in the MotoGP.

“I think it would be very important for Aprilia to have a satellite team, and I’d like to be part of it. I don’t exclude the possibility of taking the test next year but with the possibility of entering the second team the following one,” is what Lorenzo contemplates, but this seems difficult to implement considering that all the teams have already signed contracts with the manufacturers that supply them with bikes also for 2023.