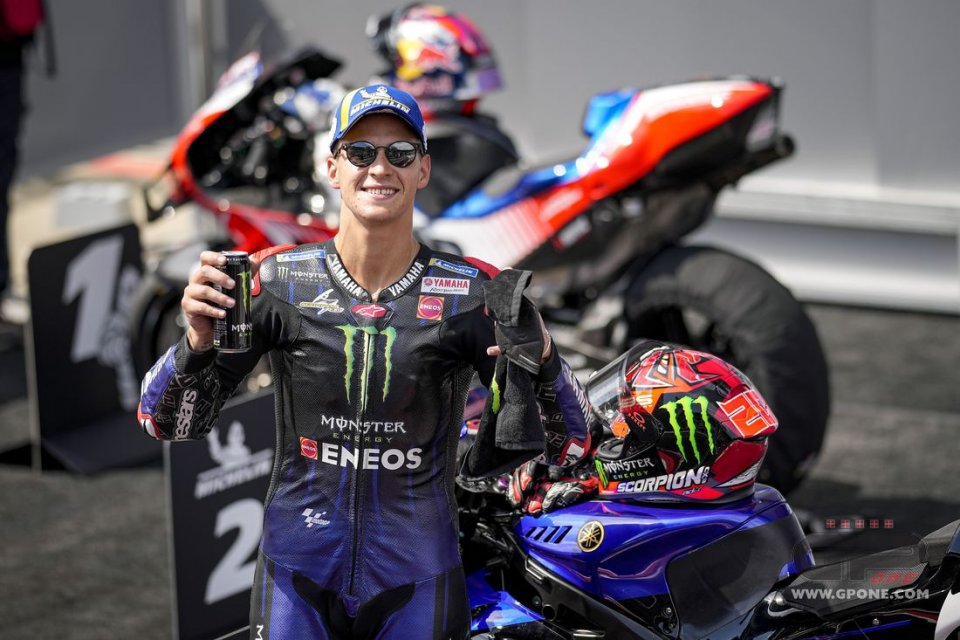 Four wins and three podiums have quite rightly made Fabio Quartararo the leader of the MotoGP world championship. The French rider currently seems to be in control of the situation and is able to manage well his opponents, Bagnaia and Mir, both of whom are 47 points behind, almost two Grands Prix as in theory 7 are still remaining until the end.

"Silverstone has a bit of all kinds of corners, it suits many different bikes, and I like it - explained the French rider - I have no idea who might be the favourite, so far there have been seven different winners. You can never say".

Recently Fabio had the opportunity to try the Mercedes F1 simulator. It might be a good idea to try the circuits first on the bikes as well… and maybe drive an F1 car on the track.

“That is one thing I would definitely like to do – was the Yamaha rider's reply- I tested the Mercedes for about fifteen laps with the simulator and at first I felt a bit lost, even if it is very realistic, but then I drove well".

When asked about the 'Vinales case' Quartararo was rather undiplomatic about his former teammate.

“I'm focused on my job, it’s a thing I don’t really care about. It’s an individual sport, I don ‘t feel sad, I’m just enjoying myself.”