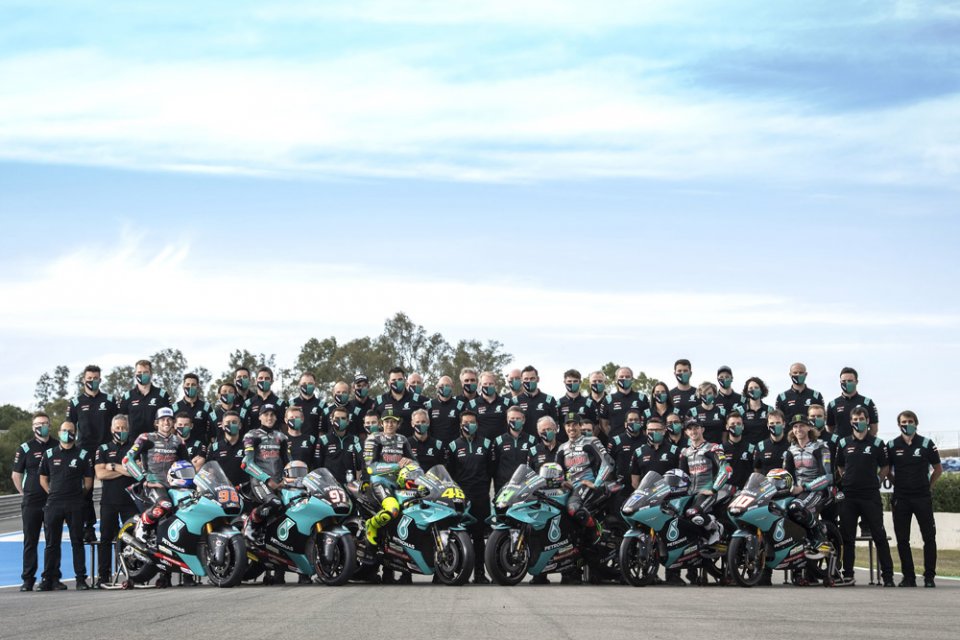 The only thing missing was the official announcement and it arrived today: the Petronas Sepang Racing Team will cease to exist at the end of the 2021 MotoGP World Championship season. The team, represented in Moto3 and Moto2 by Petronas Sprinta Racing and in MotoGP by Petronas Yamaha Sepang Racing Team, has confirmed that it will bring an end to all activities both racing and non-racing, at the end of the 2021 World Championship season.

However, Team Principal Razlan Razali and Team Director Johan Stigefelt will continue to be present in MotoGP starting from 2022 with a new team that will be announced, together with its main sponsor, at the Grand Prix of San Marino and the Rimini Riviera in Misano on 16 September.

The Petronas Sepang Racing Team was created in 2018 and has raced in all categories of the World Championship since the 2019 season. The team has been supported in all three categories by sponsor Petronas and team ownership, the Sepang International Circuit.

In its fourth MotoGP race the team was already on the front row on the starting grid and its first podium came after seven races. In 2020, the team achieved the first victory for a Yamaha satellite team in MotoGP in over 20 years and finished second in the team's overall standings, with Franco Morbidelli finishing in second place in the rider standings. In the three years of its existence, the Petronas Sepang Racing Team has achieved pole and podium finishes in all three categories of the world championship and victories in both Moto3 and MotoGP.

The origin of the team dates back to 2015 with the M7 DRIVE SIC Racing Team in Moto3, which achieved two podiums in its first season. Petronas came aboard in 2017, giving birth to Petronas Sprinta Racing and the team grew to include Moto2 in 2018.

The Petronas Sepang Racing Team would like to thank all of its fans, staff, partners and riders for being part of this incredible journey.

Razlan Razali commented: “We have experienced a remarkable voyage over the past years. From a small start in 2015 there was a great step for us in 2018 when we secured an entry to the premier class of MotoGP and built a MotoGP squad from scratch. In 2019 we were on the grid and just four races into our rookie season we were on the front row. By the seventh race we were on the podium. In 2020 we secured the first race win for a satellite Yamaha MotoGP team in over 20 years and finished second in the overall team and rider championships. In 2021 we raced with the Greatest Of All Time rider, Valentino Rossi. This is an incredible story.

“The team will race its final race in Valencia and we thank all our crew, riders, fans and partners for their support. In particular, we thank PETRONAS, with whom none of this would have been possible. Together we pushed the PETRONAS brand and Malaysian expertise to the forefront of the grid and captured unprecedented brand exposure and coverage, exponentially surpassing all expectations. Our final season has not reached its conclusion yet and we continue to strive for the very best results possible across all three classes. Thank you all.”

Johan Stigefelt added: “Thank you to PETRONAS for the opportunity given over the past three years and everything we have achieved together. I am sad we were not able to continue this project as we established a great team across all three categories of MotoGP in such a short time and our vision was for this to be a long term project. We have worked with incredible personnel, fantastic riders and enjoyed the support of great partners and wonderful fans and we offer our heartfelt gratitude to them all.

As a squad, we achieved our first win, in Moto3, at Le Mans with John McPhee in 2019 and we had already taken our first pole position in MotoGP at the Spanish GP with Fabio Quartararo in Jerez that same year. We enjoyed six MotoGP race wins between Fabio and Franco Morbidelli in 2020. We have fabulous memories of the last three years, but now we look to the rest of this season to end the year in the best way possible.

In particular, I really want to thank everyone in the Moto2 and Moto3 squads who are not only colleagues but have become true friends over the past years. It is very hard for me to say goodbye to all these people especially as they have all been crucial contributors to our success and the structure we’ve built together over these years. I want to thank them all in particular. For the future we have a new and exciting project. We remain in the paddock in MotoGP with new shirts to wear. But more of that later; for now we have the remaining races of the 2021 season to race as hard as possible. Thank you all.“