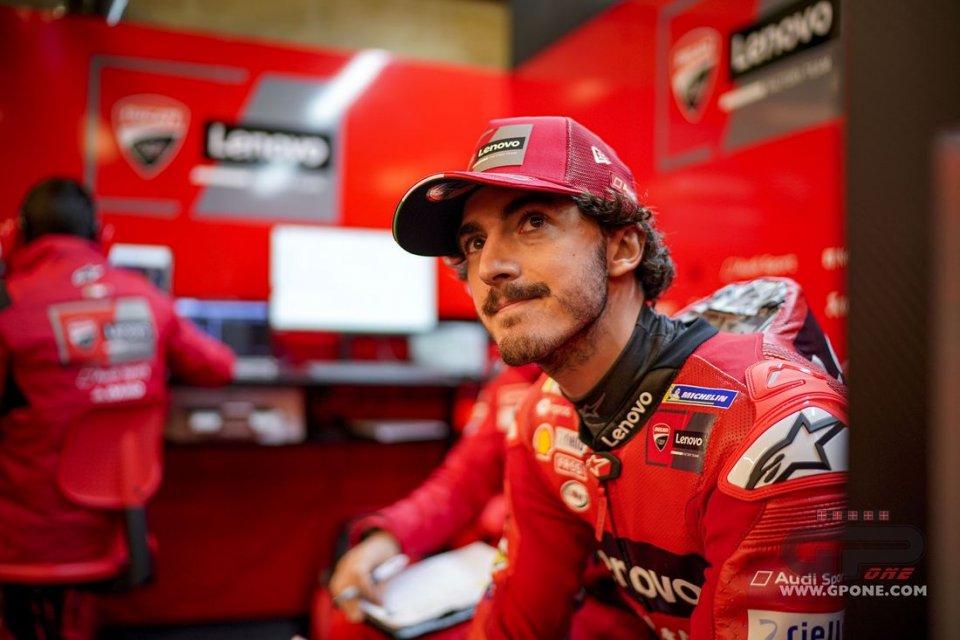 A lot has been happening in this crazy MotoGP summer: Vinales was suspended and then had his contract terminated; Yamaha was forced to pull Cal Crutchlow out of retirement as a test rider and to hire Jake Dixon, a Moto2 rider, to replace him in the Petronas team which has in the meantime lost its sponsor.

All this happened while Fabio Quartararo has been strengthening his lead at the top of the world championship with his two rivals, Pecco Bagnaia and the reigning MotoGP champion Joan Mir, both on equal points hotly in pursuit.

These situations seem to strengthen, not weaken, the French rider who has no difficulty in affirming that “I am focussed on my job. What happened to Vinales is a thing I don’t really care about; I don’t feel sad, it’s an individual sport ”.

What worries Pecco and Mir is the fact that Quartararo is having a great season, because when he doesn't win, he still brings home the points. He not only knows how to attack, but he also defends very well.

“For this reason - explained Bagnaia - Joan and I have the same problems: to try to win this world championship we have to win more than one race. Mir won last year thanks to his consistency in performance, but this year to achieve the same result we will have to stay in front longer. "

A view that the Suzuki world champion shares…

"It is important to make up points on Quartararo, of course, but also to win a few races to increase our confidence. When you win a GP it is easier to win others and in any case, it will not be possible to beat Fabio without winning a few races ”.

Bagnaia is confident he can do well at Silverstone.

"It's a circuit that I like and that I think suits many different bikes. The power here can help, and if sector 1 and 3 suit Yamaha a lot, I think 2 and 4 favour Ducati and Honda. It can be a race like at Mugello where a lot of riders can be competitive "

Quartararo admits to being totally lost at Valencia: “I’m not understanding...