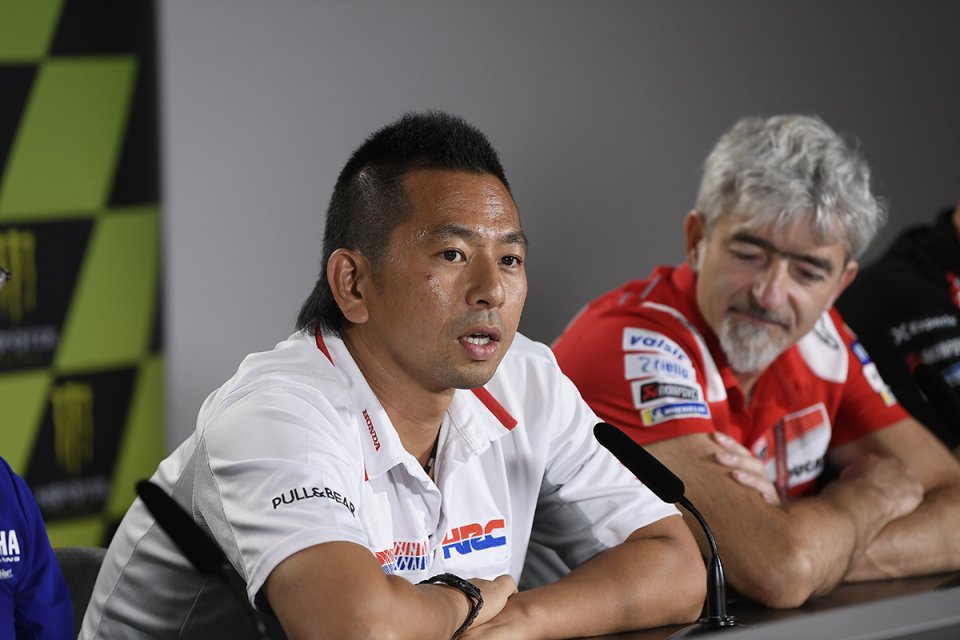 It’s certainly not an easy year for Takeo Yokoyama, Honda HRC’s MotoGP project manager. Between Marc Marquez’s precarious health and Pol Espargarò’s difficulties in adapting, the spoils of 2021 have so far only been saved thanks to Marc’s true miracle at the Sachsenring. But if we remove the German track from the equation, the scenario is truly one of the most disappointing for Honda, which is currently suffering with all the riders on the track and is obviously not experiencing the best situation from a technical point of view.

In some statements reported by colleagues at Speedweek, the Japanese clarified the situation, explaining in detail what HRC’s action plan is for returning to the top, starting in 2022. We’re talking about the first motorcycle manufacturer in the world, and sailing into the MotoGP outside the top five is absolutely not contemplated for the Japanese, accustomed to being dominant in recent seasons, especially thanks to  Marquez’s incredible talent.

“The first part of the 2021 season was certainly difficult,” Yokoyama admitted. “It’s not going as we’d like. Since we’re Honda, our goal is always to be at the top, where we have usually been in the past. We started with this approach, but we didn’t reach our goal in the first part of the season. It’s clear that we have problems. We’re behind the others. I think this is more than clear.”

According to the Japanese manager, most of Honda’irs problems are related to the inability to make the most of the Michelins.
"What exactly is the problem? I still think our biggest problem is making the most of the rear tire that Michelin introduced last year. We’re improving but, at the same time, we’re still not there compared to the others. You can also see from the outside that we’re trying new things and ideas. Much is aimed at obtaining the most or at least more of the potential of the rear tire.”

A problem that also greatly affects Marc Marquez, according to Yokoyama.
“Marc, of course, didn’t race last year and, especially with the new Michelin rear tire. He lacks the experience and the races. He’s back in the 2021 season, and his feedback has been pretty good but, at the same time, I’d say he’s still learning this rear tire. But he’s Marc Márquez. He contributes a lot, and his feedback has given us many new ideas for the second half of the season.”

For 2021, Honda has also changed its approach in supplying motorcycles to Team LCR.
“Alex, Nakagami, and Pol are all top riders.That’s definitely true. And ,this year, we have the latest evolution of the bike for all of them. Not only Marc and Pol. They all have the same bike, with different riding styles, different ways of using the bike, and different set-up preferences. In the end, however, their feedback is very important.We work with all the information. All the riders started with the 2021 bike, of course. That’s what I meant with the same bike. In the past, Nakagami was on the previous year’s bike, for example. Due to the problems we’re facing, we’re introducing a lot of new components, not just the frame. Sometimes, one suits one rider better, sometimes another.”

Honda also brought a new frame to Austria, which Marc had to test.
"It’s true that only Marc had a different frame. But this is the only frame we’ve been able to produce during the summer break. We had five weeks, but designing and manufacturing a frame in five weeks isn’t that easy. So we could only bring one. We thought about which rider should have tested it first. In this case, based on the concept of the new frame, we decided to ask Marc to try it out. It was also a risk, because we only had one piece. But we all agree that we’re more in a testing phase than fighting for a victory.”